Electrician Kelly Vincent isn’t one in a million - but she is one in a thousand, according to a recent survey.

The National Inspection Council for Electrical Installation Contracting (NICEIC) survey found that 63% of 16-24 year old women were more interested in learning a skilled trade rather than a profession. And despite the fact that women make up at least 50% of the UK workforce, they remain under-represented in most trades and the number of female electricians is tiny.

So Kelly, a well-respected MyBuilder tradesperson from London, is bucking the trend, blazing a trail in a predominantly male world and proving you can be successful as a female electrician!

I caught up with Kelly just before she jetted off for a well-deserved holiday and we talked about electrics, MyBuilder.com and what it is really like working in a male dominated industry. 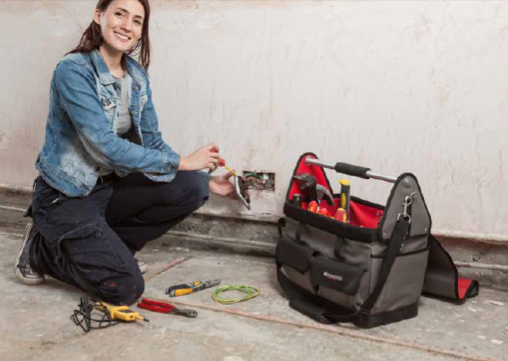 Why did you choose to become an electrician?

"I was working as an administrator/personal assistant in the NHS, being in the same building and working with the same people everyday, I felt like I'd got as far as I could. I wanted a job where I would meet different people every day and do something practical.

My dad is a building contractor so I spoke to him about a career change, he told me ‘electrics or plumbing’ so I thought, well, I’m not going to go for plumbing because of smelly water and I hate getting wet, so I thought I’d try electrics. I started studying it and it turned out I was really good at it, and I started working and it comes naturally to me so it was a good choice!"

Kelly enrolled onto a full time intensive electrics course, which took a year to complete; she gained her level 2 and 3 with City & Guilds and also completed the inspecting and testing qualification. Kelly then joined a firm as a trainee so she could pick up the practical skills necessary to work as an electrician but after she was made redundant, she finally decided to start her own business.

"I thought why not, I’d go for it and see what happens. So I bought my own van and tools and started working on my own. It’s just grown from there" says Kelly.

So have you found the work has been pretty consistent since you started out?

"Yeah, I mean at first it was slow for the first couple of months, but as soon as I joined MyBuilder I’ve never had a quiet week...I’m really busy at the moment."

"I started with small jobs and people were intrigued; they wanted to know more and thought it was quite exciting to have a female electrician do their job. Now responses are based mainly on my feedback. People always say “We really like your feedback and you’re a woman, so we’ve gone with your quote." 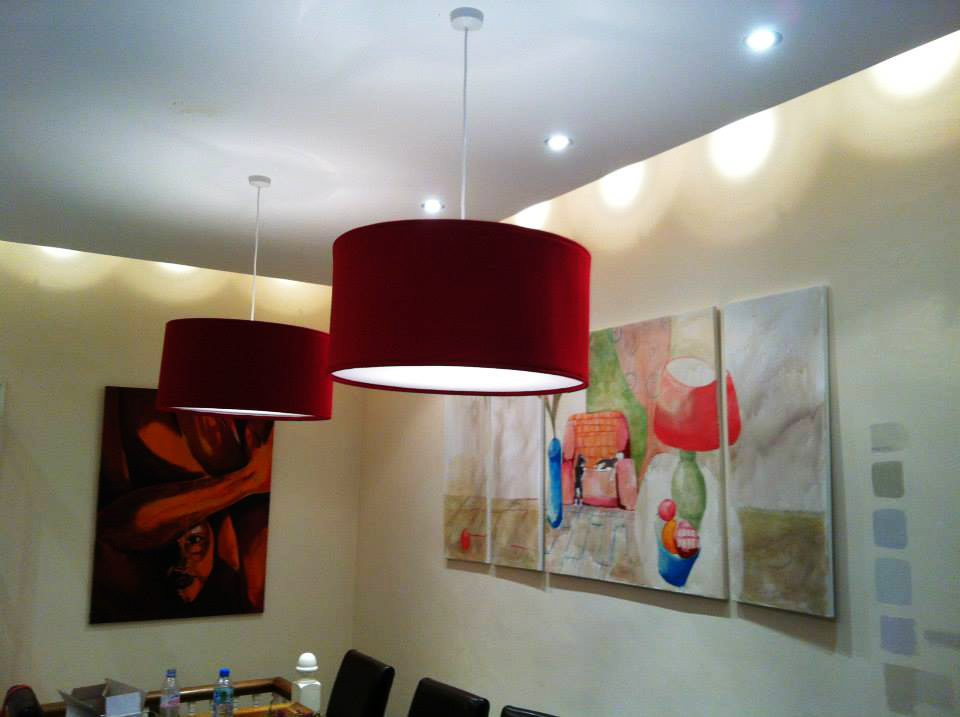 Do you think being a woman has been an advantage for you then?

"Yeah because a lot of women, and men who are out at work and leave their wives at home, feel a lot more comfortable with a woman being there."

How do you find working in a traditionally male dominated trade?

"I thought I would get a lot more resistance from the men or a bit more rude banter but actually they’ve been really respectful when I turn up on site. I think they’re just interested and like to chat away, wanting to know how I got into it. It helped a lot that my dad’s a building contractor because I was already accustomed to being around men while they were working and the kind of banter that they have. I really enjoy it and I think I slotted in nicely, but it can be difficult or feel a little intimidating sometimes when you turn up as the only woman on a site full of men."

How do you balance that with your life outside of work?

"Hahaha, with difficulty! Believe me, it is very hard. Sometimes you have to say no; otherwise you do not get a minute to yourself, which is why I’ve recently taken on someone else. I was not getting enough time to myself, and it is really difficult to balance your workload. Now I try to make sure that I don’t take jobs on in the evenings every evening, I just allocate a couple of evenings a week where I work or maybe two weekends a month rather than every weekend. Before I was working every day, every evening and every weekend and it was too much."

What would you say your favourite part of the job is?

"It’s definitely a toss up. I love all the different people that I meet, they’ve got so many stories to tell, and they’re so interested in me because I’m a female electrician. I also really like it when I finish a job and a customer sees the results and they’re really excited. Even something simple like a chandelier that’s been sitting in their front room for a year but they just haven’t got around to putting it up, it can be really exciting for them." 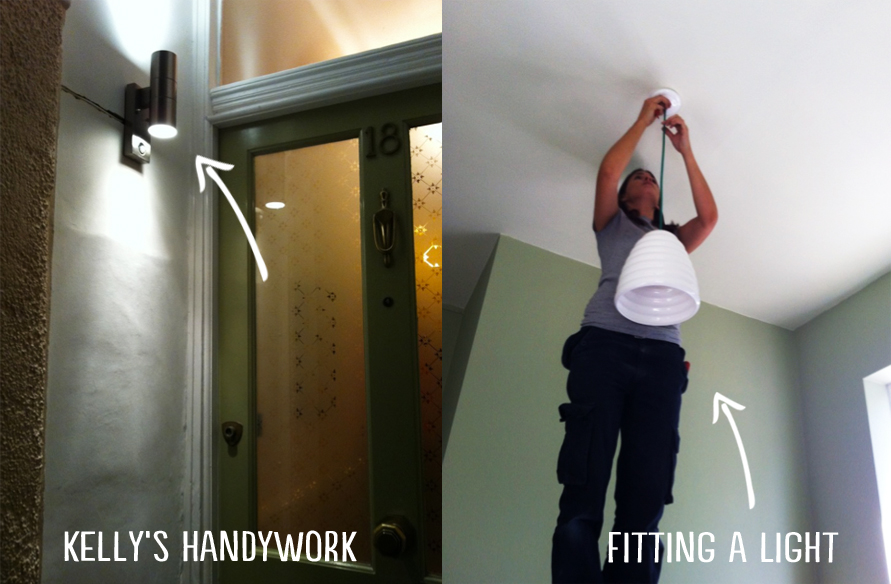 What do you think could be done to promote the trades to young women?

"There is a lot of information for women if you go out looking for it, but there is no promotion out there to the general public. For example, when you go to a bus stop and they have got the big posters, they stand out to you when you’re driving and walking. A campaign like that could be good."

"When I was 23 I signed up to a college to do the 3-year electrical course. I walked into the college, I think I was about ten minutes late and I looked in the window, into the classroom, and it was an entire class full of young 16-17 year old boys.  I turned around and went home! I was just like ‘no way, there is no way I can do that’.

I think since being an electrician, I've gained much more confidence. I used to be really, really painfully shy so I couldn’t walk into a classroom full of boys, but when I was older and did the course, it was all mature students so I felt more comfortable."

Are there any tips you would give to someone just starting out on MyBuilder?

"Make your profile thorough, add some photos of your work, be honest, and get registered with an electrical body so that you’ve got all the appropriate certificates. Check the site regularly; people come back to you so quickly. When someone’s decided they want a job, they want it done yesterday. They want someone who can do it quickly and be flexible as well, because you need to be flexible in this job. Clients can want you at any time."

What do you think a person needs to be successful on MyBuilder?

"As long as you’re honest, dedicated and committed you will succeed. You can’t go on there and give silly quotes and then not follow through with them. When customers come to you with questions, you have got to get back to them and follow up on the jobs. There is so much work out there, if you’re prompt in replying and you’re dedicated, you can go places with MyBuilder. There are so many jobs on there, in fact so many that I’ve just taken on another lady the same age as me. I’ve been training her up!" 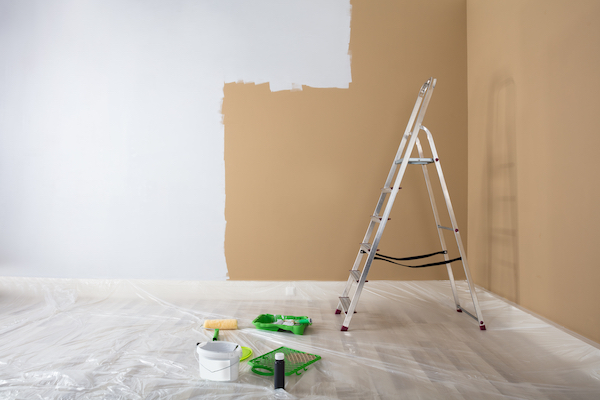