One cup of tea. That’s how emergency plumber Tyrone Tash measures his jobs. “I like to turn up, get to work while I have my tea, and be done before I need a second cup. Then I’m off to the next job.” It’s a quick pace, but that’s how he likes it.

Life hasn’t always been that fast-paced for Tyrone. When he was a teenager, he found himself working on the tills for Marks & Spencer. “I was in retail for a while, working at three different stores,” Tyrone told us. “I worked in Ealing, then in Kensington, then I thought I’d be the best I could be, and moved to the flagship store in Marble Arch. I was on the tills mainly, and helping customers out, but I didn’t really feel like I was learning anything. After three years I’d had enough.”

Tyrone was at a crossroads. “I’d tried college, doing a course in leisure and tourism, but I knew deep down studying wasn’t for me. I wanted to work full time.” Luckily, something came up. “My dad is a clerk of works. He started out as a painter and decorator but now he goes round inspecting big building projects. He’s got high standards - if you’re not going to do it properly, don’t do it! So he never liked me tinkering at home, because I wasn’t going to do it properly. But he knew a lot of people in trades, and one day, one of his friends gave me a call.”

It was a call that would change Tyrone’s future. “The guy gave me a week to decide if I wanted to come and work with him. I was still in the shop, and I wasn’t sure, but I thought about it for a couple of days, decided ‘yeah, I’m in’, and quit my job. Then the guy told me he thought I was going to turn it down and he’d offered the job to someone else! But thankfully, he kept his word and took me on.” 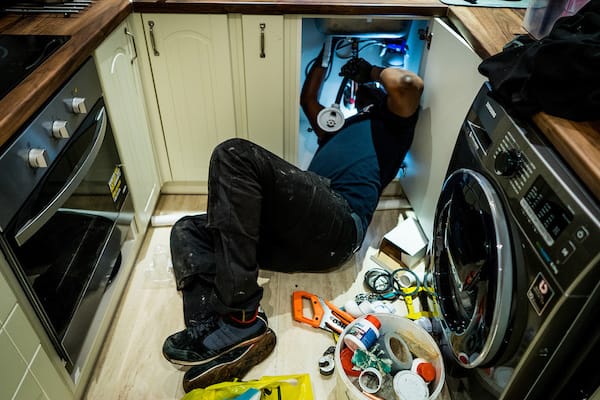 The job was joining a large team of plumbers and other tradespeople working on large projects, such as newbuild apartments. Tyrone started doing four days a week on the tools, and one day a week in college. “The other guys used to take the mickey out of me for being a good little student, reading my books - they’d all been doing it for years and learned it all on the job,” Tyrone said. “But I appreciate having the qualifications now. It’s something solid you can show people.”

Tyrone knew from the first day that plumbing was for him. “I couldn’t have done decorating like my dad,” he said. “I’m sorry, but it’s so boring - you’re literally watching paint dry! But I knew plumbing would be for me. I’m an enthusiastic person, I like to get stuck in, and as soon as I was doing it, I just knew.”

It was a steep learning curve, but Tyrone thinks working on the large sites helped him develop his skills. “I spent four years doing new installations, and I learned to solder my pipes properly, all nice and neat. You’re doing it from drawings so you have to be exact, because if you put the pipes in wrong, when they come in and lay the concrete, you might suddenly find what you had planned to come out in the bathroom is now coming out in the bedroom.”

After a few years learning the ropes, Tyrone knew he wanted to go it alone, setting up 24-7 TT Plumbing and Heating, which has now built up more than 200 positive pieces of feedback on MyBuilder. “I just like being out there,” he told us, “where every day is different. On the same site every day, I go mad, it’s like working in an office for me, my brain just turns to mush. I like meeting new people. Six or seven jobs a day, that’s what keeps it fresh”. 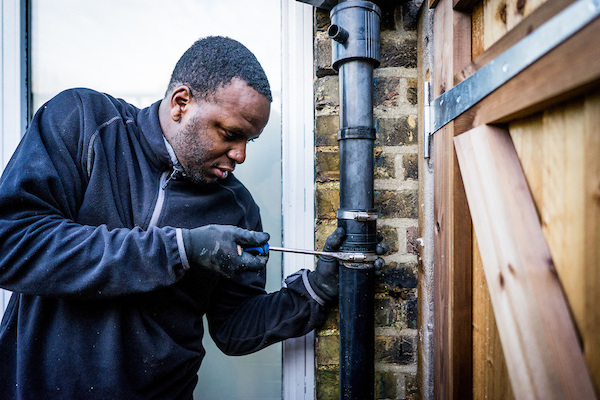 That passion for novelty means Tyrone has found his perfect job as a reactionary plumber, becoming an emergency service of sorts for homeowners who find themselves with leaks, floods, and other plumbing crises. “I like being out there on the road,” he explained. “I got a new van five months ago, and I’ve already covered 10,000 miles. I’m all over north and west London, from where I grew up in Cricklewood out to Uxbridge and beyond - but not central. I can’t bear being stuck in traffic!”

Tyrone can do six or seven jobs a day, and although he can pick and choose his jobs these days, in the past he’s worked late into the night. “When I was doing all-night calls, you used to get people crying down the phone at you. It’s tough. The money is good because there aren’t many people who want to do those jobs, but it’s hard to drag yourself out, and you could be so tired.” Now, he tends to start work mid-morning and go into the evening, but can still end up getting home at midnight.

In the years he’s been working, he’s seen it all. “I don’t mind all the dogs and stuff, but you do end up in some strange places. The worst is when places are really dirty - I’ve seen dust gathering on top of dust.” He added: “One job I really remember was when someone rang me about a pipe that had split. He’d been on holiday in the USA and it was during a snowy winter a few years ago. His ceiling has collapsed, falling into his bathroom, but he couldn’t get someone to come see it because no one wanted to head out in the snow, and the water was still flowing. I had 12 jobs that day - I must have been the only one working. I got there after about four hours, and turned off the water in five seconds. I was like ‘sorry mate, I wish I could have got here sooner’. People need to learn where there stopcocks are though!” 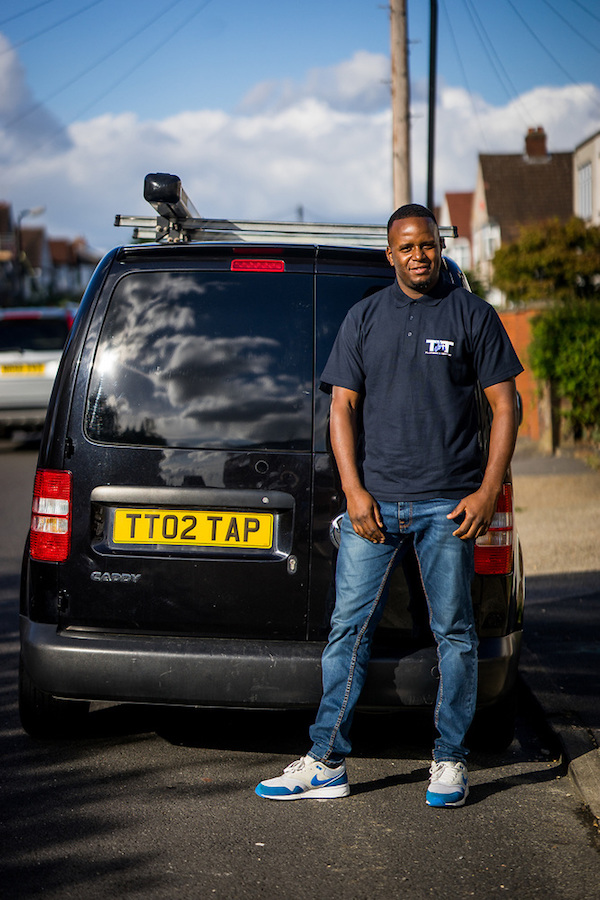 Despite the long hours and tough jobs, it’s all been worth it. “It was hard, starting out,” he admits. “MyBuilder was great for building up my reputation though. That’s what it was all about for me - getting those reviews. I was chasing feedback over money to begin with. The first job, when someone took a chance on me and I didn’t have a review on there, I was so grateful, I practically did it for nothing. But I wanted the reviews. I used to look at other guys on the site and see how they did it. I was going for jobs all day long, then asking the people to leave feedback. You can’t beg them, but it’s worth explaining to them how important it is.”

Tyrone has big ambitions, inspired by the Pimlico Plumbers vans he sees around the capital. “I think it’s amazing the business they’ve built up. I’d love to grow into something like that - I already have the personalised plate for the van! By the time I’m 40, I’d like to have a team of people and be the one directing the work. Running a business is difficult, dealing with admin, and I’ve made mistakes along the way, but it’s been a learning process. I still enjoy it.” He might have a few more years to go in his van, but Tyrone is always keen to take on the next job, and always happy to have another cup of tea - just the one though.