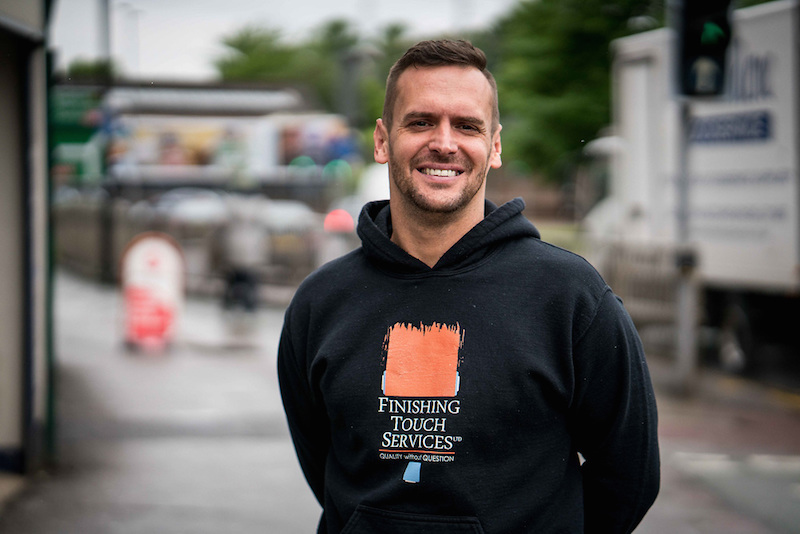 When you meet Rob Joy today, you’ll find a confident, outgoing family man, leading a team of 15 painters and decorators as the head of his company, Finishing Touch Services. But this wasn't always the case, 10 years ago you would have met a very different person indeed.

We met Rob not on a building site, but in a charity shop and community centre in the heart of Luton. SOAR is the base of Rob’s church and charity, Kingdom Cause Community, and the ambitious project has all been made possible through the achievements of Finishing Touch Services. Like many successful tradesmen, Rob started out on the tools as a youngster, but his career didn’t always go smoothly.

“My dad had a roofing company which was quite successful, so weekends and school holidays I’d go along and help out labouring for him,” Rob told us. “ I’d be on building sites and scaffolding when I was so young that my dad would have to tell me to duck if the police came past! But I’d get my five pounds for the day sweeping up broken tiles and what not, so I was happy.”

Sadly for Rob, the happiness didn’t last. Rob’s world was shattered when his beloved dad died, and the teenager soon found himself headed off the rails. “I hit rock bottom,” he admits. It went from flirting with drugs at the weekend to going in at the deep end. My dad left me a lot of money and I threw it all away on drugs, down the pub, at the football. From the age of 16 to 26 I was in it. The drugs destroyed me - I was 8 stone, my mental health had gone, I’d been in and out of prison. I literally lost everything.”

Rob’s journey back to sobriety was fueled by faith. “My mum had always prayed for me and I didn’t want to know, but I couldn’t deny the change I’d seen in her - whether it was real or not, it had an impact for her. I remember, one night, I just said, ‘God, is there any way you can change a man like me,’ and for the first time in years I went to bed with no fear, no paranoia. I woke up the next day completely and utterly transformed. No one could tell me it was just willpower - my mind had changed, my heart had changed.” 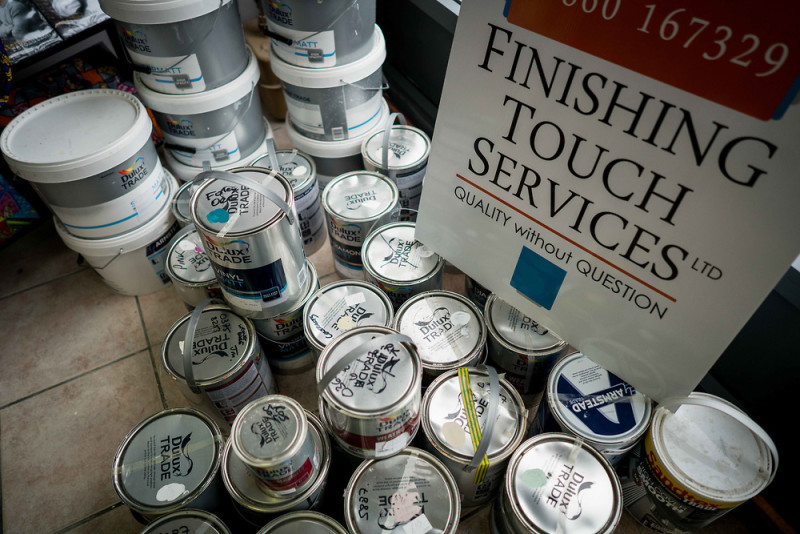 The pleasure of painting

Despite this transformation, it took time for Rob to build himself back up, reconnecting with his family, and getting back into work. “I knew that roofing might not be for me - all the angles and the maths were too much to get my head round! But I’d done other jobs with my dad, painting here and there, and thought I could make a go of that. One of the first jobs I did when I got straight was painting those temporary buildings that go on building sites, just one after the other, and I enjoyed it. Painting is therapeutic.”

From those small beginnings, Rob began to build his experience. “I had this philosophy, short term loss for long term gain,” he explained. “For example, I did a job repainting a door, and I thought it would be simple, half a day’s work. But it wasn’t at all, it was falling apart, I had to take it back to bare wood, do loads to it, it took me much longer. I lost out on that job. But a few months later, I took on another door job, and I realised it was exactly the same situation, but now I knew exactly what to do.”

Rob joined MyBuilder two years ago, and soon realised that the feedback system would force him to up his game. “When you’re working for family, friends, friends of friends, they can say nice things but it’s not always the most honest. When you’re winning work on MyBuilder, that feedback is real. I realised maybe I wasn’t as good as I thought I was - you have to improve.” The feedback for the business still has a negative review from his early efforts, but with more than 100 pieces of positive feedback, he hasn’t let it stand in his way.

Like many setting up their own business, it was a case of long hours and low pay. “I’d do 17 hour days, out on site until it was dark, back to kiss my kids before bed, then out to quote, writing it up before bed, then waking up realising I’d missed something.”

Rob began to build the company, eventually bringing in other people to help. “The best thing I did was take on a guy called Alan, who’s now my business manager. He’d been in the trade for 35 years, and his skills, his ability, they’re brilliant. I used to be annoyed that he was slower than other guys I worked with, but I realised, his jobs never had any snags. It might be a day slower, but it was perfect - never any stress. So I went to him and said, look, I might be the one paying you, but I want you to teach me how to be a good painter and decorator. I was humble. And so for six months, he showed me what he knew. It helped me get better, helped me understand the materials and the techniques, helped me quote on jobs.”

As he says: “You can’t be a great decorator in a few years - you have to do it for years and years, always learning. You end up breathing it.” 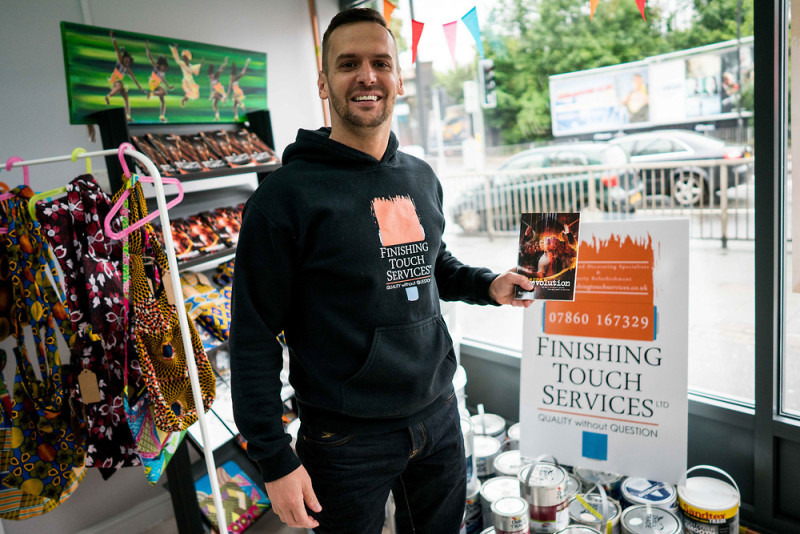 A matter of standards

The business is now up to 15 men, and Rob hopes to add more in the coming year. “I wouldn’t want it to get too big, because what I’m concerned about is quality,” he said. “I tell the boys, I don’t expect them to have the same faith as me, but I expect them to work to the standards I do.”

Profits from the business go into supporting the charity, helping both in the local community, and in Malawi. “I’m all about going out into the streets,” Rob said, “I never wanted to be preached at and I still don’t. It’s about helping someone who’s starving with some food, or giving a coat to someone freezing.” In Malawi, the charity is looking to buy land in order to start work on an orphanage, with some of Rob’s team ready to go out and work on the project themselves.

“We went there in April, took some guys from work and it’s changed their life. We took loads of toys and clothes, it was incredible. It broke my heart. I came back and said to my wife, the business isn’t for wealth, for big houses and fast cars, it’s for this.”

The lads will be hands on when it comes to the orphanage: “The standards of construction over there aren’t always great,” Rob laughed. “But we’ll be able to to really do some good there. We do as much as we can. We send out money for the women in the community to buy materials and make bags, which we sell here in the shop, with the profits going back to them. And we sell second-hand clothes in here, with those that don’t sell going directly to the kids there.”

Rob doesn’t make a point of telling homeowners where the money from their jobs will be going, but when it comes up, he says they’re always happy to hear more. “The customers are amazing, so many of them are now friend, they donate, they come and help out.” He always tries to lend a hand where he can where customers are in need - through a contact at Dulux, he has access to discount paints that can be used for worthy causes or sold on to raise money. He's also happy to hear from any other tradesmen who are keen to help out on charitable projects for worthy causes.

Through Rob’s efforts, both the business and the charity have continued to grow, but he insists it’s still the quality, not the quantity, that matters most. “One thing I always say to my guys is that it’s not the past hundred jobs that matter - it’s the one we’re working on right now.”