For many tradesman, dealing with suppliers is just another part of the job. But for Rob Burch, a fascias, soffits and guttering specialist from Rainham in Essex, it was an opportunity.

As well as doing his own fitting and installation work, Rob realised that there was a business to be made in becoming a supplier himself, and set up Direct Cladding, operating a trade yard where other tradesman can come in to buy materials for a variety of projects. Now, as well as taking on jobs from MyBuilder, he also supplies materials to other tradesman who use MyBuilder. “I don’t see it as competition though,” Rob tells us. “Other people aren’t competition - I see them as someone to learn from. You can always learn, can’t you?”

Rob’s background set him up perfectly for a twin career as tradesman and supplier. He started out doing sales for a supply company and saw that there was money to be made in the line of work, especially with guttering and similar products. After also spending time managing a branch of a national chain of builders merchants, Rob realised he could make a go of it on his own, and set up Direct Cladding 19 years ago. Rob said: “I came from that supply side and was working for other people, managing a whole team, but I ended up thinking ‘I need to get out of here’, so that was it.”

Taking the leap worked out well for Rob. The business - both aspects of it - has boomed, with up to 10 separate teams of fitters working for Direct Cladding during peak season in the summer, going out and taking on around 30 jobs a week. Rob said: “I think we’re the biggest domestic installer in the UK. We just stick to domestic though, we don’t take on commercial projects. We’re good at what we do and we stick to that.”

Meanwhile, the supply side has grown as well, with the business becoming a common port of call for plenty of other tradesman in the area. They even sell directly to customers online. “We were doing supply and fit initially with the trade business, but we ended up supplying so much material we thought it would be silly not to sell a bit. That developed into another beast,” Rob said. Because we have the trade counter, we know all the local tradesman,” Rob said. “You get to know people and you start to understand who does it properly and who doesn’t. With this trade in particular, replacing fascias and so on, it’s one where people are likely only going to have it done to their homes once, so some tradesman might be unscrupulous and take advantage of that - they can use a bad product and know that the homeowner won’t realise. But we make sure we do it properly.”

Rob added: “The most common thing people might do to cut costs and do it on the cheap is overcladding - just put new PVCu capping boards over the timber structure that’s already there. But if that structure is rotten, all you’re doing to covering up the problem and leaving it there to crop up again down the line. We will only do proper replacements.” 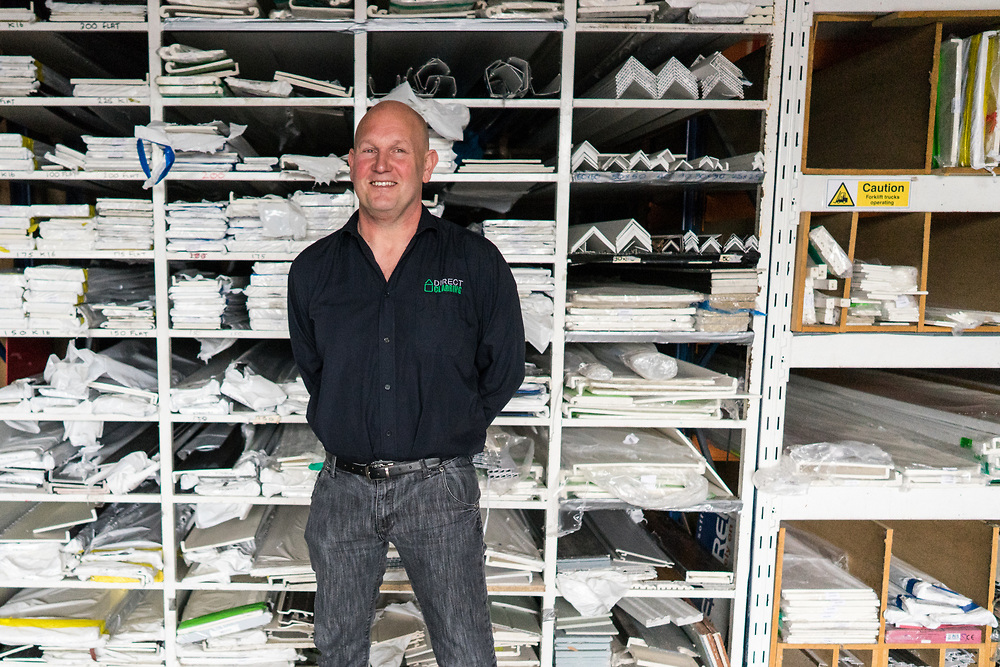 Despite presiding over a business empire, Rob still likes to make time to go out on jobs himself, visiting homeowners and giving quotes. He joined MyBuilder in November 2015, and quickly started using it to win even more work for the business. In a little over a year, Direct Cladding has picked up 114 pieces of positive feedback, and no negatives. Considering Rob’s initial scepticism, he’s very happy with the results. “I’ve always been looking for new ways to bring in different leads, but a lot of things we tried were just frustrating. So we dipped into MyBuilder - we’d see a lot of tradesman on MyBuilder coming through the yard. I didn’t expect it to be any good if I’m being honest. But as soon as I was on there I saw how many jobs were up for grabs, and I just thought ‘yes please’.”

It’s been an addiction ever since: “I got hooked! I couldn’t help myself, I had to force myself to put it down,” Rob said. “It’s a bit like doing a fruit machine, you see the jobs and you think, yep, I’ll go for that, go for that, and you give it a shot.” Rob’s top trip for winning work is to craft a good opening message when getting in touch with homeowners. “I was once in a meeting for the football club I help out with, and when I came out I saw a job that looked perfect, but I was an hour or two late in going for it. But no one else had been shortlisted yet, so I thought ‘why not?’ and gave it go, with a nice personalised message. Sure enough, I got it.”

Rob’s knowledge and experience was even recognised by City & Guilds, when he was asked to help write questions for the body’s examinations, helping to test the newcomers to the industry to make sure they were up to scratch.

It all shows that from being a sole trader to a business mogul, being a good tradesman takes on many different forms. But whether he’s behind the till or up a ladder, Rob knows that good work will always be appreciated.