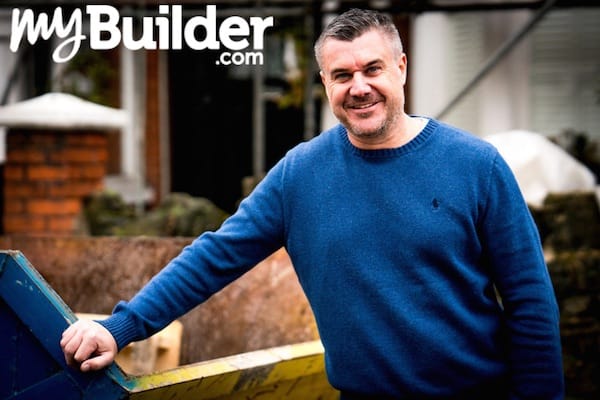 For Lewis Sage, it’s the little things that count.

“Everything is run precisely, military style,” he tells us as we stand on top of the scaffolding of his latest renovation project. “A lot of people wouldn’t like it, but I think I’m doing something right. My team does everything the right way, right down to the details, like keeping the skip covered all the time so rubbish doesn’t blow down the street. You have to think about the other people who live here.”

Lewis, the boss of UPS Home Improvements, which takes on major project work around Essex and London, takes his responsibilities seriously. When Storm Doris hit, it blew debris from the roof his team were working on down the next door neighbour’s chimney, covering their living room in soot. “It was an act of God,” Lewis said, “nothing we could really do about it, but out of courtesy to the lady, I said ‘send me a cleaning bill’, and I got one of my team to go in and repaint the ceiling. You’ve got to be good to people, you’ve got to keep people on side. I didn’t have to do it, but I wanted to.” 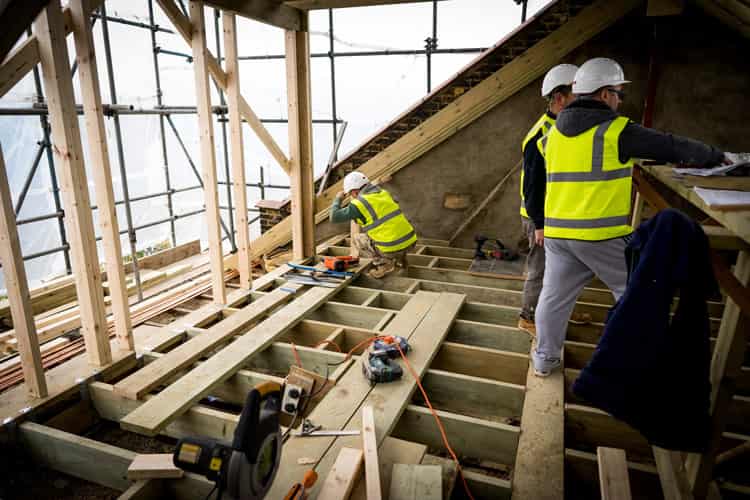 Dealing with people is key to Lewis’ success as a tradesman. Despite the fact his firm takes on large projects - mainly renovations, extensions, and loft conversions - he has managed to rack up 170 pieces of feedback during eight years on MyBuilder, and all of them positive. “The secret is communication with clients. I always make sure I return an email or a phone call in two hours. It’s the least I can do to keep them informed and not leave them guessing.”

Lewis realised early on his career that he wanted to be overseeing a site and running projects. “I was made to be management!” he laughs. “I went to college and did all the City & Guilds qualifications, and went out working on the tools. My dad was in the building trade and we worked together for a bit, before I went to work with someone else. After a while I became a working supervisor, then a non-productive supervisor, so I wasn’t actually on the tools myself.” After stopping being hands on, he worked for five years as a contracts manager for a refurbishment company, before he started thinking about going it alone. “I finally did it about 10 years ago, just me and a couple of other guys. I had to go back on the tools in the early days when we were starting out - the money wasn’t there to hire anyone else.”

Starting his own business meant long hours. “When I first started on my own, I was working during the day, going home for a bit of dinner, then going back out again until late at night to meet people and do quotes. People want to do it then, because they’re at work all day, so you have to do it. But it meant 16, 17-hour days. It’s a bit easier now because I’ve built up my reputation through MyBuilder, but it’s still spinning plates.”

As for whether or not he misses getting his hands dirty regularly, he says: “I had fantastic times on site. I loved the banter. But I think I’m better at what I do now.” 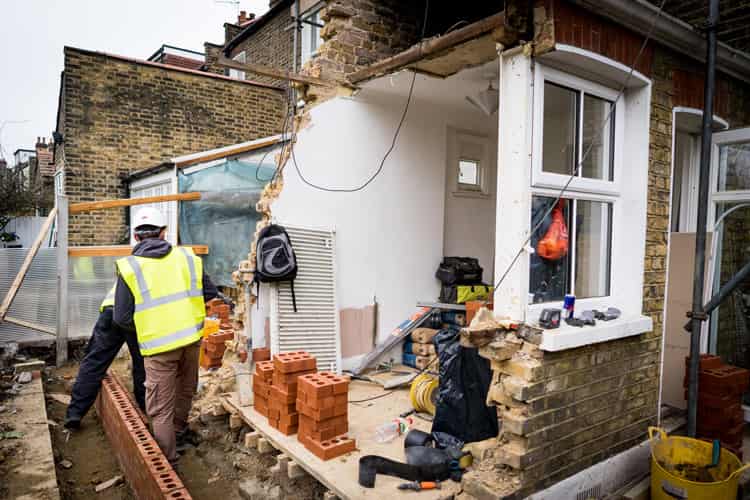 Lewis relies on a personally selected crew to make his projects go smoothly, and admits he’s a strict boss. “I want staff that work well, I don’t allow any smoking, any swearing, they’re all kitted out properly, they’re all punctual, here for 8am and no messing around. But it means these boys can stay in work every day of the week, that’s the bottom line. All of my tradesman have been handpicked. Down the line, a few of the experienced ones might recommend some other people, but bottom line is, they’re handpicked by me. I’ve got to guide the ship, so I need the best.”

He has the capacity to take on two or three projects at a time, with the ability to be choosy about the jobs he takes on, preferring to go for jobs where the plans are already in place: “I’d say through MyBuilder I probably get something like eight shortlists a week. I don’t win every job I go and price, but if I like the job, I’ll really go for it. I want to get into the meat of it, because I love it. I love it. In my reviews, some people have said I’ve given them their dream home - how nice is that? People are spending their life savings on these jobs, so to know you’ve made a difference, you’ve given them their dream home, that’s brilliant. It makes you feel special.”

He acknowledges that feedback is crucial for winning work on the site, but says it’s the best way to hold tradesmen to account. “With MyBuilder, if you’re no good, you won’t last. You just won’t. You’ve got to keep the feedback up, once you build up bad reviews you’re sunk. It means sometimes you have to be a bit of a yes man to clients, be very approachable. If you can have those qualities, you can be flying. Of course you get the odd client who’s a pain, we all know that. But I can get on with anyone. You manage the customers just like you do your team.”

He added: “I always tell people to leave feedback. When someone leaves a review, it helps the next person - that’s what I tell them.” Once he’s actually meeting potential clients and quoting for work, that’s when he opens his contact book: “When I win jobs or I’m looking at them, I say I’m not scared about showing off my job. This current guy, he came and saw two of my previous jobs. When you leave people on good terms, they don’t mind when you phone up and say ‘can I pop round?’ It’s a different level from just showing someone a picture. And they can talk to the old client, and hear about how you work.” 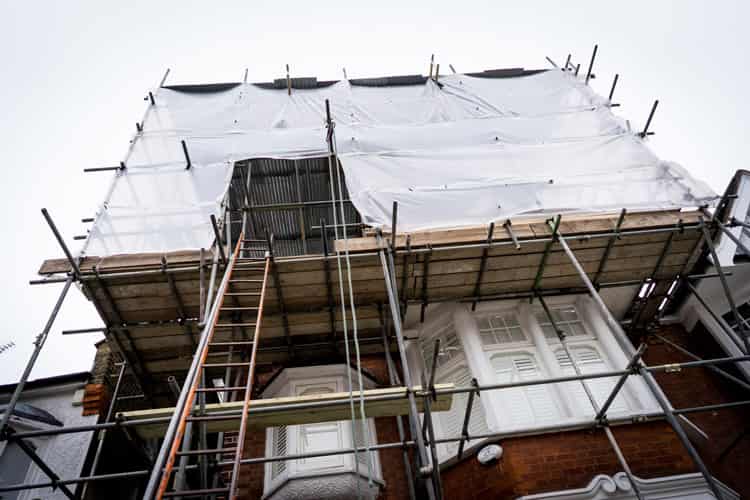 A Lifetime of Service

He insists on keeping customers on side, just as he does the neighbours: “The way I see it, just because you’ve paid that final payment, doesn’t mean you’re not a client any more. You’re a client of mine for the rest of your life. I won’t turn my back on you just because you’d paid up. It wouldn’t make sense for me - you’re cutting off all those people, all their recommendations.”

However, he’s wary of taking on too many jobs, or jumping in too quickly. “Just because you’re doing alright you can’t be greedy, when you’re greedy you stretch yourself, and when you stretch yourself mistakes happen. We know what we need to do, we know what our margins are. I like to take on the jobs where everything is ready to go. When someone says to me something like ‘we’re in the process of purchasing a property and thinking about renovating it’, I’m not as interested. In my view, if you have the drawings, if you’ve spoken to the council, if you’re ready to go, let’s go for it. I want to get stuck in.”

Thanks to his attitude, Lewis will be busy for the rest of the year, before taking some well-deserved time off after Christmas. Then he and his team will be straight back to work; nice and punctual, of course.

MyBuilder TOTM tradesman of the month