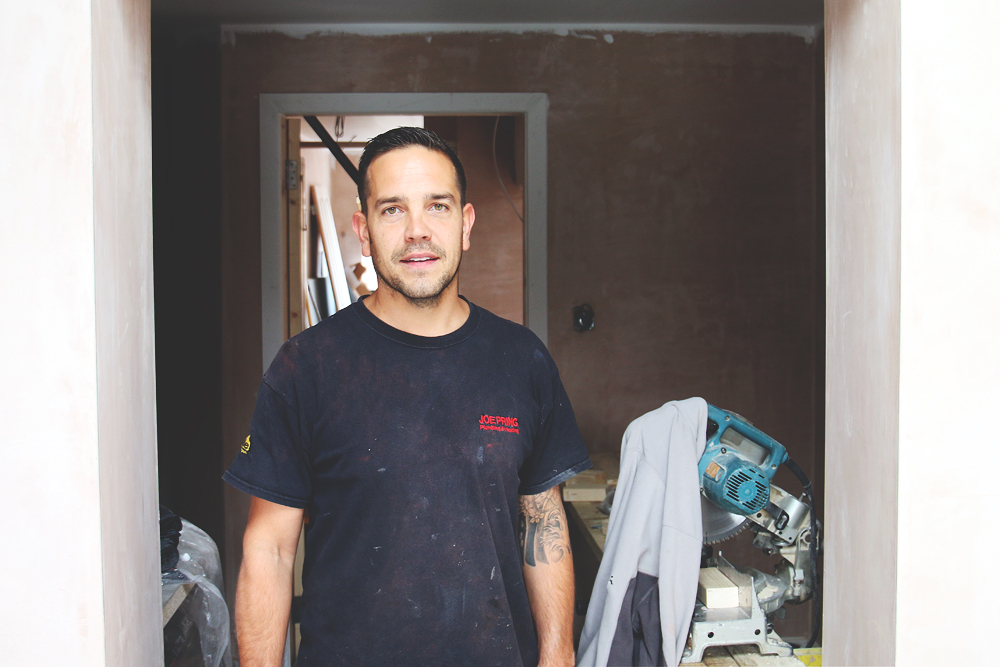 It took six years for Joe Pring to go from frustrated travelling salesman to MyBuilder tradesman of the month. He was selling everything from fork lift trucks to GPS tracking equipment when he reached his crisis point during an interview for a new job.

"The interviewer spoke to me like I was an idiot," he recalls. "Halfway through I stood up and said 'Who do you think you're talking to?' and walked out. At that point, I told my girlfriend that I would never put a shirt and tie on again, unless it was for a funeral."

Encouraged by a friend who had left sales to become a tradesman, he made the decision to go back to college to complete an NVQ in plumbing. It wasn’t easy though, he tells us “The gas certification is hard graft and costs money. After all, it's a skilled trade. If the integrity of a flue is questionable, you can kill someone." And to begin with, Joe admits he didn’t have a clue about the trades. “I was one of those people, if I needed a picture put up I’d phone up my Dad, do you know what I mean?”

But with determination to create a rewarding trade career for himself, he began his studies and worked hard to learn everything he could. “I was in a good position, because I'd saved up some money from my sales job. I worked out my finances so that I could afford to live while I was at college.” Short term pain, long term gain

At first Joe only earned £50 a day working for a mate to build up experience, he then went on to do his gas safe qualifications and it all picked up from there. It was another tradesman who initially told him to sign up to MyBuilder due to finding success himself, he hasn’t looked back since.

After joining MyBuilder in 2012 and starting out with small jobs like changing taps, he now has 126 positive reviews, making him the most recommended plumber and gas engineer in the Bristol area. Pretty impressive!

We met up with Joe on a job where he was fitting an en-suite bathroom inside an extension, as well as installing a water heater and new boiler in the main part of the house. A big job that was coming along nicely in time for the customer to hop on a plane to Spain! It’s just one of many bigger jobs he’s worked on in the past few months.

And as time has gone on, he finds it easier to win bigger jobs “I get a lot of boilers, and the good thing is I also get references off of these people. It’s just the knock-on effect when you build up your feedback. Winning more and more work and getting recommendations from customers to their friends and family. People will also get you back to do other work when they want it.”

He now loves his job and his business is going from strength to strength. We can also confirm he isn’t wearing a suit! Result.

A huge well done to Joe for his success!  Check out his MyBuilder profile here.

He will also receive a £50 voucher to say well done from our partner Scruffs workwear.