It takes a lot of imagination to look at a building site and visualise the final result, especially on a job as big as the one Jeff Macfarlane is working on. Both the front and back gardens of the Hertfordshire home have been levelled to nothing but mud, ahead of a total transformation involving intricate porcelain tiling, artificial lawns, a monolith wall and a hot tub. It’s a massive project, but for Jeff, it’s just another day at the office.

Jeff (actually Geoffrey, but as he puts it “Jeff looks better painted on the van”), didn’t start out as a tradesman. Leaving school at 16, he found himself in a dead end job trying to earn a bit of cash: “I came out of school as soon as I could, and I ended up doing six months in a factory, feeding pins on to a little wheel. They’d go up and round the wheel, and then a blade at the top would cut them to length. I’d sit there, all day, and just feed in pin after pin after pin. It was mind-numbing. I quit, and my mum thought I was mad - she still wanted me to pay rent. So I thought, what else can I do. I looked at my dad and uncle who’d been in the building trade, and thought, there’ll always be builders, so I got started as a labourer.” 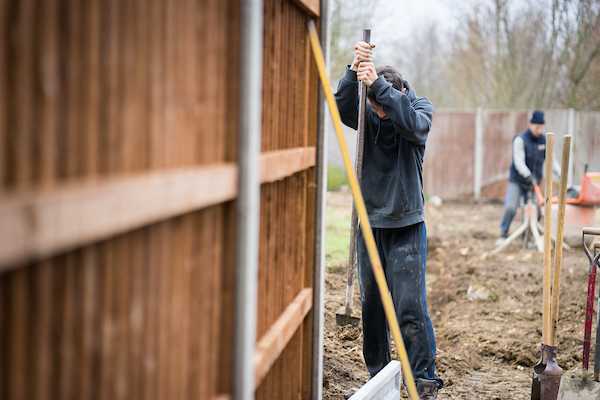 Jeff’s first stint as a tradesman was a gig working for local authorities, renovating social housing. “We’d go in and completely gut the place, taking everything out of the ground floor, while the family lived upstairs. Then they’d move downstairs, and we’d rip out the upstairs.” But the indoor life wasn’t for Jeff, who soon moved on to working on roofs, before changing again, to try his hand at bricklaying, working mainly as a hod carrier. “I realised that being outdoors was what I liked - it’s the best thing in the world, being out in the fresh air and having that freedom.”

While working for other people paid the bills, Jeff had a bigger ambition - to run his own business. “I always wanted to make a go of it, but there’s always that risk - I had young kids, I didn’t know if I’d find enough work. Subbing for someone else meant I didn’t really have to worry about where the work was coming from, but if I went solo, it would be up to me. Luckily I got on to MyBuilder at the right time, and it all worked out. I wish I could have done it 20 years ago.” 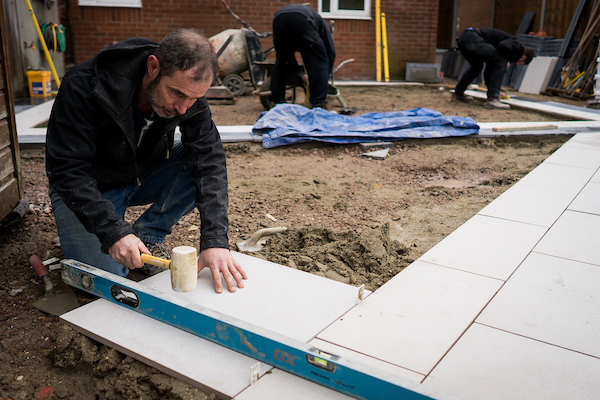 Over the past few years, Jeff has built his reputation, focussing on landscaping projects and driveways. As his reputation has grown so has his team, with a couple of labourers, including “Cut Master Mike”, who can shape anything with an angle grinder. “When porcelain tiling is £55 a metre, you have to make sure you get it right,” Jeff says. As well as building a small team, Jeff also has an informal partnership with another local tradesman, giving each other the nod when big jobs come up so they can lend each other a hand.

Jeff is the first to admit it hasn’t been easy though: “It’s hard when you set out on your own, you have to be so dedicated. Being on MyBuilder really helped me, because I could see the work out there, and focus on going for it. I was a bit obsessed in the first year, going for jobs, but it paid off. Getting the feedback in really helps to build your reputation. I remember when I got to 20, I wondered if I’d make 50. Then when I did, I wasn’t sure I’d ever get to 100. But I enjoyed the challenge - it gets quite addictive! For a long time I could see another tradesman in my area was winning more jobs than me, so I spent ages working out what he was doing and how I could do better - the competition makes you better.” 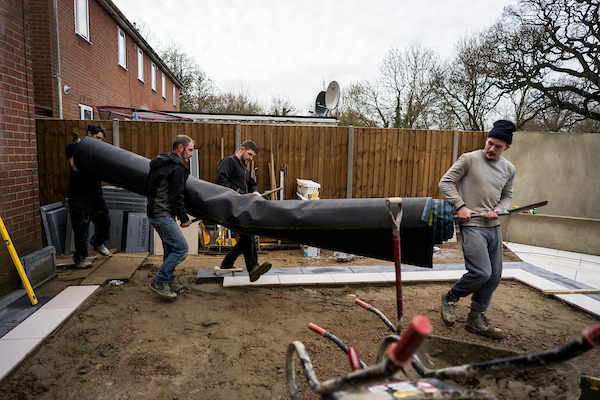 He’s now up to 110 pieces of positive feedback, but he’ll keep chasing the next milestone - all while enjoying the job. “I really do love it. At the end of the day, all anyone wants to do is an honest day’s work, and that’s what it’s all about. I love this business. I wouldn’t change it for the world.”