Ask a tradesman what their dream project might be, and they might have any number of grand ideas. Some might want to work on their own house, like MyBuilder’s own Yaz Meer. Some might want to work on a famous location, a place where they can always point out where they left their mark. Jamie Murray had a smaller ambition, but one he was able to bring to life in his very own back garden.

From the outside of Jamie’s Reading home, you wouldn’t assume there was anything particularly special about it. It’s only when you step out back through his patio doors, and see the solidly built shed, that you start to appreciate what the secret might be. Open it up and step inside, and you find this isn’t any old shed, with a couple of rusty old bikes and an old barbecue. There’s a tiled bar. Fridges. Optics on the wall. A widescreen TV and armchair. A wood-burning stove. Even a fully-functioning fruit machine. Jamie has built his very own pub.

Inn it to Win it 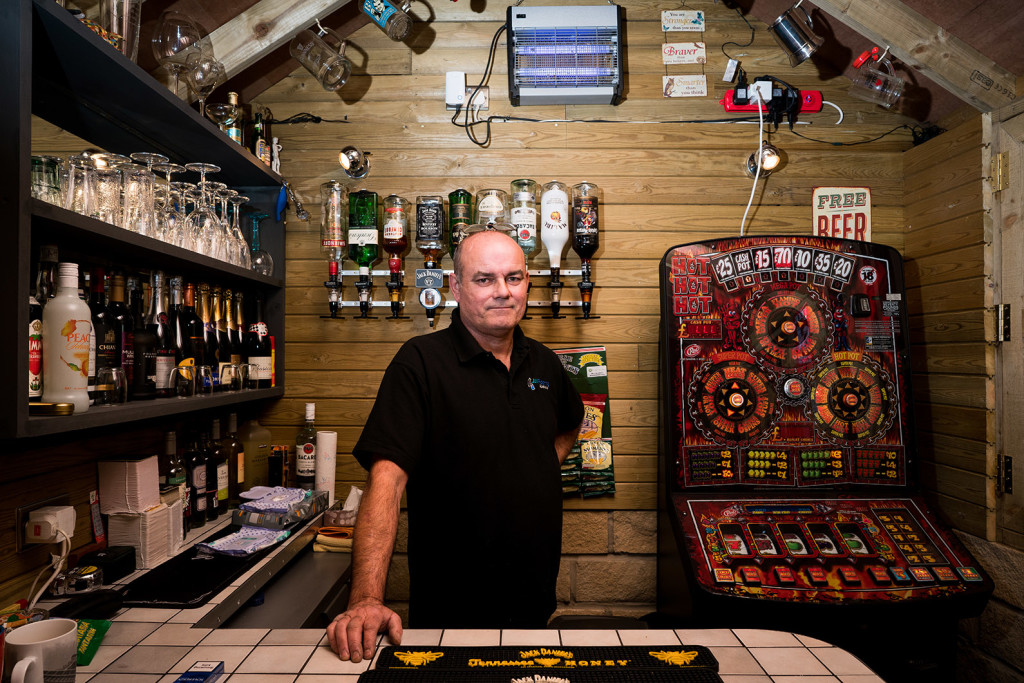 “I didn’t really plan for it to end up like this,” Jamie, who runs JJM Flooring, tells us when we pay him a visit. “When we moved into the house we had a lot of work to do in fixing it up. The people who’d lived here before had trashed the place - they’d actually kept owls in one of the bedrooms - and they’d ripped up some of the floorboards to burn in the fireplace. It was a mess. But we did it, and when it came to the garden, we thought about making a nice patio area with a bar. The more I thought about it though, the more it came together.”

The result is a true labour of love, with nearly every inch of it built by Jamie himself - with the help of a few other MyBuilder tradesman for a hand with the stove and the electrics. “It’s quite a good place to come and escape to when I have a spare moment,” he says, “and a great place to have a party in. I couldn’t leave it behind now. This place is me.”

Like many tradesman, Jamie doesn’t necessarily have a lot of downtime though. “I’m better than I used to be, but I’d definitely say I was a workaholic,” he told us. “It’s one of those jobs that’s never been a nine to five. If someone asks you to do a job, you want to fit it in, even if it means doing it on a Sunday evening - you never want to turn down work. Even now, I’d rather be up at 5am to beat the traffic and get to a job than stay in bed a bit longer.” 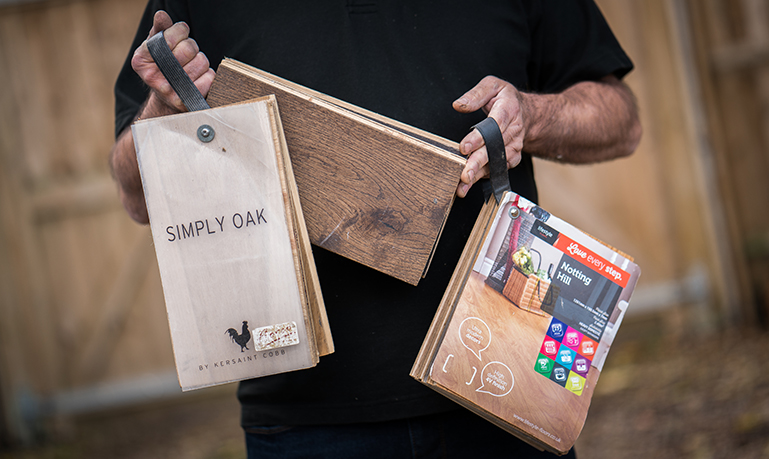 Jamie’s hectic schedule has meant plenty of jobs through MyBuilder, and nearly 200 positive pieces of feedback on the site. The experienced tradesman tackles all kinds of flooring, from carpets to solid wood, building up his knowledge from his early days helping out a carpet fitter.

“I guess I’ve been laying floors for 36 years,” he said. “I was in a dead-end job when I came out of school, and ended up helping out a carpet fitter instead. My original plan was to try and become a mechanic, but I didn’t get an apprenticeship I wanted, so I ended up staying on with the carpet fitter instead. After a couple of years I’d learnt a lot of the trade, so I set out on my own. I bought my own van, the cheapest thing I could - it barely moved - and then started out subcontracting with Allied Carpets. I was with them for about 25 years. Over time, I started getting a reputation locally and doing more for myself, until I ended up running my own business and doing it all.” 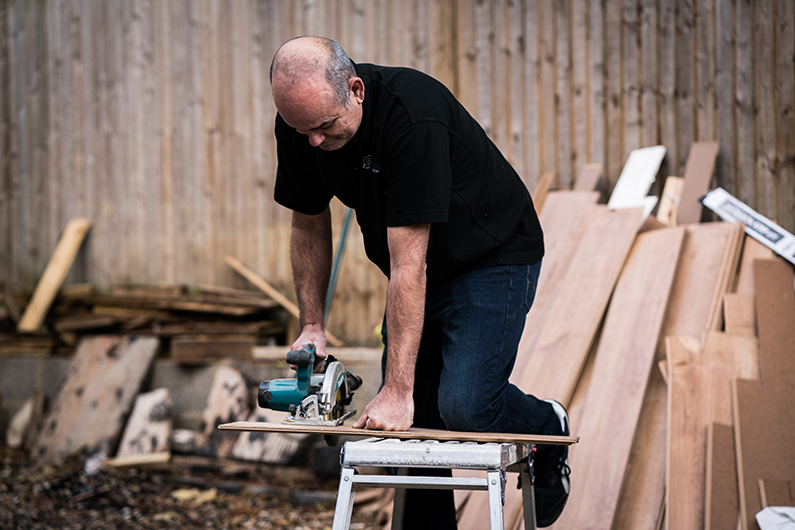 His experience means he knows all there is to know about flooring, supplying many customers with materials as well as fitting it. When it comes to other trades, he’s happy to have a go in his own home, but he also knows his limitations. “I’m not going to go into someone else’s house and do something other than flooring - I do what I do. I’ve tried to do plastering and things at home, but it hasn’t gone so well. I did behind the fridge, and it was awful, it took ages trying to get it smooth. I actually ended up getting a guy from MyBuilder to do the rest of it and it was perfect - the Queen would have been happy with it.”

Using MyBuilder as both a tradesman and a homeowner has helped to shape Jamie’s view of the site. “I’ve been a member for four years now, and it’s been brilliant to find work. I get the emails coming in all day and just go for them right on my phone. I wish it had been around 15 years ago - if I’d had the work I get now back then, I’d have a whole team of people working for me.” He’s also a fan of the feedback system: “I know it works, because I’ve found good people by reading their feedback. I know it’s not easy to keep it 100%, you have to bend over backwards for some customers, but that’s the nature of the business. People’s homes are very personal. You have to treat them very carefully.”

It’s true that all homes are personal - as Jamie’s home-made pub proves. 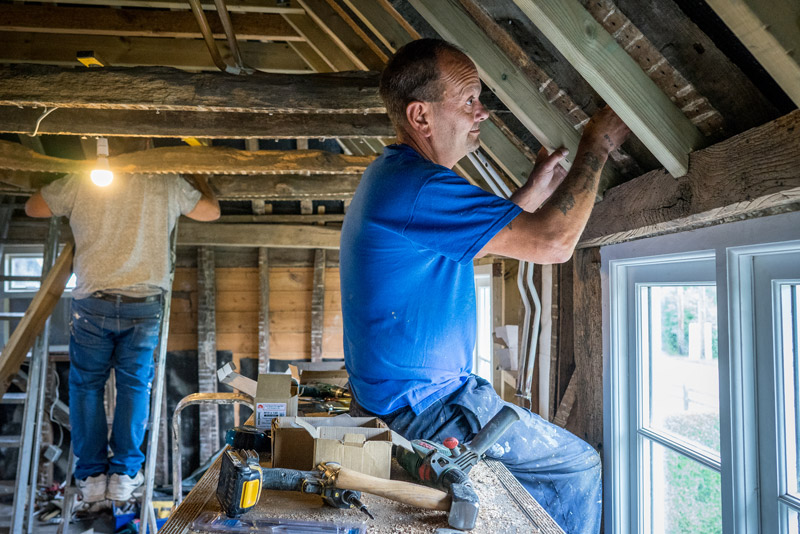 Jobs to book and beat the September rush 25th May 2022