If you decide to go and see Danny Morgan hard at work, there’s one thing you need to take up the scaffolding with you - a good head for heights. When we met Danny replacing a slate roof in Hampton, it felt like being twenty floors up - even if it was only two. “I’m actually not a big fan of heights myself,” Danny admits. “But you do get used to it.”

Danny’s had some time to get used to life above the roofline. As he tells us: “My uncle is a roofer, and I started helping him when I was 10 or 11, just fetching things, making the teas, all for a bit of pocket money in the school holidays. I got to like it, and it grew from there. I started to realise as I got older that it was a good trade to be in - my cousin got into it as well - and I thought it would be a nice career to have. I was working in it full time when I was 16 or so. I always wanted to be my own boss as well, and by the time I started my own business when I was about 19, I already had a lot of experience - it gave me a very good head start.” Danny has worked alongside his family before, but is now focussed on his own business - Morgan Roofing - which employs two other workers. He also brings in extra help as needed on bigger projects.

When we meet up with him, he’s working on replacing a slate roof for a home undergoing an extensive loft conversion, adding front and rear dormers. Using a lead-dresser - a specialised tool for shaping lead flashing, that looks like a lopsided police truncheon - he works a thin piece into shape to fit onto a chimney breast. “They’re very old tools, lead dressers,” he tells us. “They used to be made out of oak, and I have some of them, but they’re more likely to be plastic now. This all used to be a plumber’s job back in the day.” Shaping the piece to fit involves careful measurement and precise handiwork, to crimp the edges and fold them to fit exactly around the chimney. It takes a lot of practice and hand-eye coordination. “Luckily, it also means I’m very good at wrapping presents. Danny says.” 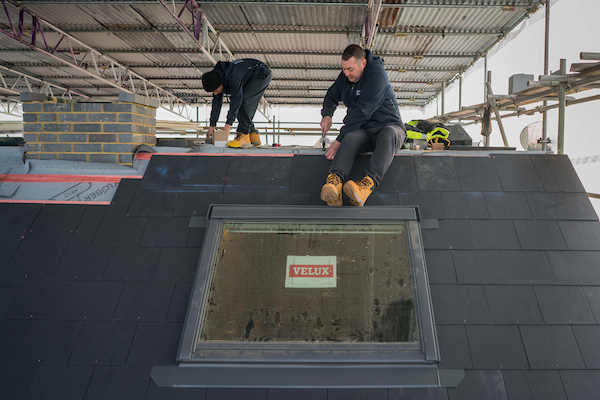 From the Gutter to the Stars

Over the years of growing his business, Danny has gained an impressive local reputation, with more than 200 pieces of positive feedback on MyBuilder. “It’s not been easy,” Danny says. “In the early days, I was driving miles just to find myself elbow-deep clearing pigeon droppings out of gutters, trying to build up that feedback. It wasn’t glamorous, but you went and did it. You always want to be in work, and don’t want to turn work down. Now, thankfully, I get to be a little bit pickier, and do better jobs. It can be really special sometimes, when you’re on a roof, up somewhere like Richmond Hill, and you have that view over London. It’s a nice moment.”

Danny started on MyBuilder in 2011, after six months of a friend suggesting he join the site. “One of my friends was telling me for ages, go on, give it a shot, and I always thought, yeah yeah, maybe I’ll give it a go when I get a second. When I did, I was overwhelmed. It kept bringing me steady work. Before the recession, I’d been getting loads from other places, but when the recession hit, they stopped overnight. MyBuilder happened at just the right time for me. It was the best decision I made, for me and my business, and for my family.”

He added: “What I know is that with 200 references on MyBuilder, I’ve maybe had 600 customers, just through that word of mouth. If they’re all positive they’re going to recommend you. Every day someone rings me to ask about doing work because I’ve been recommended. MyBuilder has changed the way I work, quite frankly. Now I’m aiming for 500 bits of feedback.” 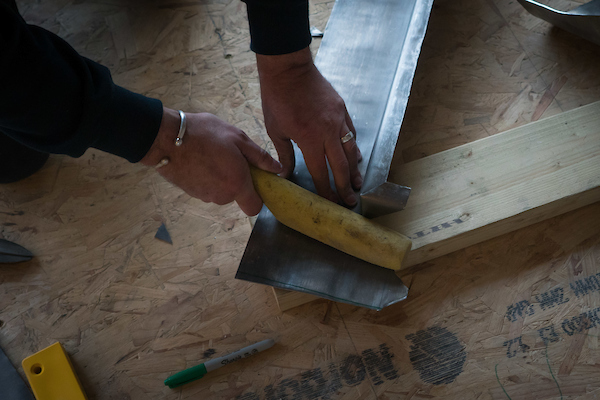 Roofing is a trade that has had a bad reputation in the past, and Danny is aware of the pressure on him to show his profession in a positive light. “I think the problem has always been one of information,” he says. “In the past, it’s been easy for a cowboy with a ladder to knock on your door and say, ‘there’s a loose tile up there, but I can sort it for you really quickly’, then they go up and discover more that he says is wrong. I’m aware now that a lot of people have been burned before, and I have to build that trust with people. I take pictures of everything, before and after, so I can show people exactly what is happening and how I’m going to approach it.”

He adds: “You can be the best tradesman in the world, but it doesn’t mean anything if you can’t work with people. I love meeting people and working with them, I can get on with anyone. A lot of my job is about building that trust. People come home from a weekend away and find a damp patch on their child’s bedroom wall from a roof leak. That’s important to them - it’s their home.”

What homeowners are looking for is someone who takes the problem off their hands. “You have to be confident,” Danny said. “I like to get to a job and know I’m taking a problem away from them, especially if they’re already on the back foot after a bad experience in the past. You have to work to gain their trust, especially before money is involved. But I know I’m priced very fairly, providing a good service, and customers understand that.” 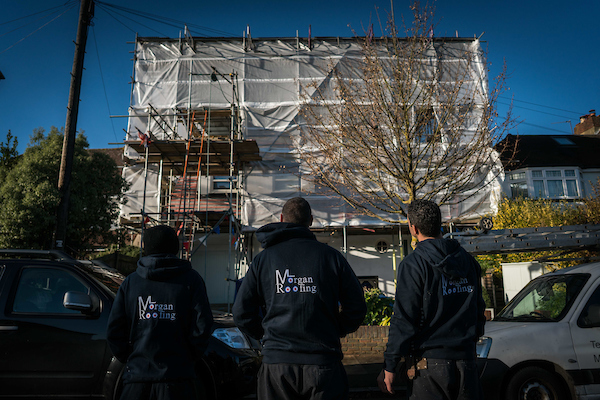