Whether climbing trees or jumping out of planes, tree surgeon Ben Robinson is making the most of his head for heights.

Ben Robinson of north London’s Clear Cut Trees thinks it’s only natural that he ended up becoming a tree surgeon. “Most of my childhood memories are of playing outside,” he tells us when we met him in the midst of a day of quoting. “I grew up in London, in an estate, and we were always out swinging about in the big willow trees that were there.”

Despite his love of the great outdoors, it took a while before Ben realised that was where his real passion lay. “I came out of schools with just some GCSEs, and I actually ended up going into the media. I started out doing graphic design stuff, and then moved to a post production company, but I realised quite quickly that it wasn’t for me - it just didn’t fit my personality. Being indoors, at a desk - when I was growing up, I just wanted to be outdoors, but I was stuck inside.”

It was a random encounter that provided the spark for Ben’s career change. “I fell into it by accident, I guess,” he tells us. “I saw some guys working on a tree on my road, and I liked the look of it. I ended up going through a directory, ringing as many different companies as I could to see if I could get a job. Most weren’t interested in someone with no experience like me, but after a while I found a company that said, okay, let’s have a chat.”

Ben began working for company, staying mostly on the ground while he began to learn some of the skills needed to master the trade. “The firm that took me on did so on the proviso that I did an intensive course to get my knowledge up. I went and did a ten week course that showed me as much as possible - tree names, tree lore, climbing, knot tying, first aid, chainsaw use - all the basics you need on a day to day basis.” 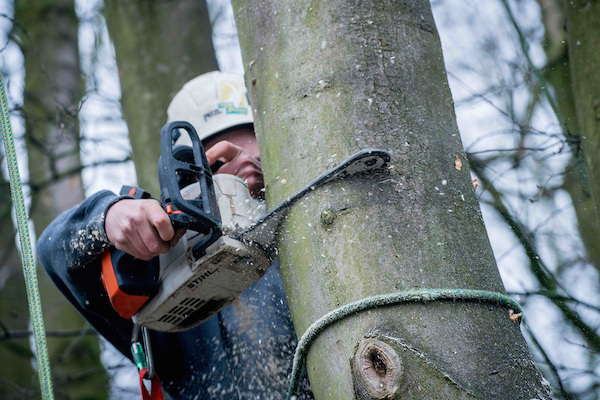 But it was working with other, more experienced arborists - known as climbers in the trade - where Ben got his real education. “I was very lucky, in that the company was big enough to have climbers from all over the world working there. Back then, the money here in London was seen as very good, so guys who’d be travelling would stay here for a while to find some work and make some money. I had the luxury of learning from some of best climbers from around the world.” Nowadays, he says, those lessons are just as likely to travel in the opposite direction. “You’ll see people from the UK going over to Germany, Australia, New Zealand, Canada, to do work over there. I think it’s a bit less lucrative here than it once was. There are fewer Aussies coming over now, I think their industry has matured and grown, so they can stay and find good work. But I was there just at the right time where I could learn a lot from them.”

“I didn’t have any plans for the long game,” Ben says, “but I was young enough that I could just try some things out. I got to realise that I really enjoyed it, and still do.”

Despite finding his calling, Ben still had other ambitions he wanted to pursue. “I’ve always been good at the sciences and had an interest in it, especially biology. I guess trees fell into that. So it was something I wanted to explore, and see what direction I might go in, beyond just being a climber.” Ben found an outlet for his ambition in undertaking a part time degree in biological sciences through Birkbeck University, eventually receiving first class honours for his efforts. “My final thesis wasn’t actually about trees, in the end,” he admits. “It was about antibiotic resistance - but that’s another story!”

Managing his coursework alongside his busy career as a tree surgeon spurred Ben to achieve another ambition - starting his own business. “The admin side of things doesn’t come particularly easy to me, but I’m a quick learner. The degree helped to teach me to fairly militant about deadlines and organising my time. I was capable before that, but I don’t think I would have been as much of a success.”

Clear Cut Trees began in 2014 and now has a team of six, working in two crews. “Business has been really good,” Ben says, “it’s been pretty consistent, with natural peaks and troughs. It’s a bit quieter around Christmas and in the summer holidays, but there’s always been enough work. I like to try and get jobs booked up a month or so in advance to stop me panicking, but we do get emergency work coming in too, especially if there’s been a storm.” 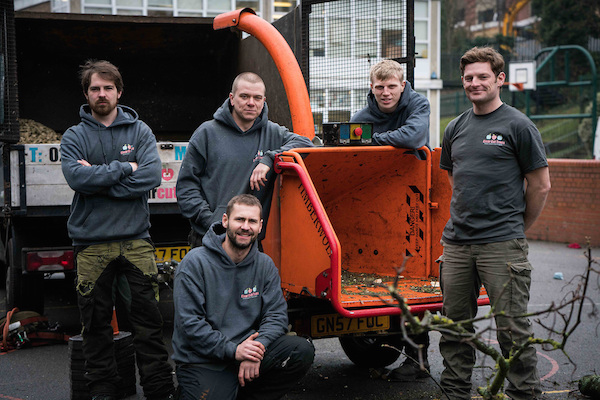 Tree surgery is a year-round trade, with autumn the best time for most pruning jobs according to Ben, while it should generally be avoided in spring, particularly for trees that bleed, such as birch and mulberry. “Tree removals also happen throughout the year,” Ben explains, “though you might have more issues in summer with subsidence because there’s more going on with the roots.”

He joined MyBuilder in the autumn after he set up the business, and says it was vital in helping to get the company up and running: “It was the first thing I joined and it helped a lot to get me going - it’s such a handy tool for tradesmen, I couldn’t recommend it enough.” Three years on, he still has 100% positive feedback from happy clients.

“We do a mix of all jobs,” he says. “We focus almost entirely on private gardens, because they’re just nicer jobs - people are more appreciative. Local authorities used to keep a lot of their work in house but now they outsource, but it tends to go to big firms who can basically work to cost. I much prefer private gardens. The nice thing now, three years in, is that we’re starting to see repeat work from people we saw back when we started. That’s a really good feeling, that they liked us so much they want to have us back.”

Like in all trades, he occasionally encounters people who’ve tried to have a go themselves. “You do see some scary stuff,” he admits. “YouTube has a wealth of videos of people doing dangerous stuff with ladders and chainsaws. The main issue with doing tree work yourself is that whatever you do, you have to wait a very long time to be able to undo it - until the tree grows back. It’s not like a plumbing job where a professional could come and get it back to normal that afternoon.” 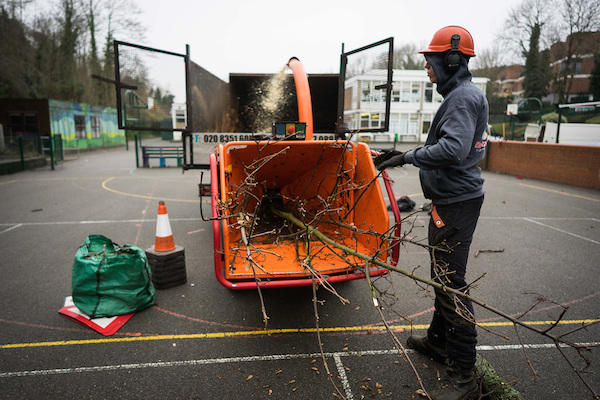 Ben makes sure his own crew keeps safety in mind at all times. “We’ve not had any significant accidents, we keep a tight ship, and all our equipment is top of the range and well-maintained. Some issues are unavoidable, but you mitigate against it with good procedures. A lot of the safety stuff becomes second nature, but if you’re going up a 90ft plane tree for example, you make sure you double and triple check everything.”

Heights aren’t an issue for Ben, though. “I lived in a block of flats growing up, so I’m used to being up high. In fact, my hobby is skydiving! I did a tandem course in Spain, jumping with someone else, then a course to learn how to do it solo, so I now have a licence and can jump from any drop zone.”

As well as unusual hobbies, Ben has also encountered the occasional unusual job. “I guess the classic is the cat stuck up the tree. I’ve only done one I think, where the cat was still there when I turned up. I had to scale a roof, then use a ladder to get across to a tree. And when I finally got it, it scratched me to pieces.”

With the business going from strength to strength, trees are still where Ben’s passion lies. “I think my favourite trees are the almost stereotypical ones - oaks and beeches, trees that grow to enormous proportions. It’s still one of my ambitions to go out to California and see the giant redwood forests.”

With plenty of work booked in and only a few days off planned, the big US trip might have to wait for now - but if there’s one person sure to make an ambition a reality, it’s Ben.