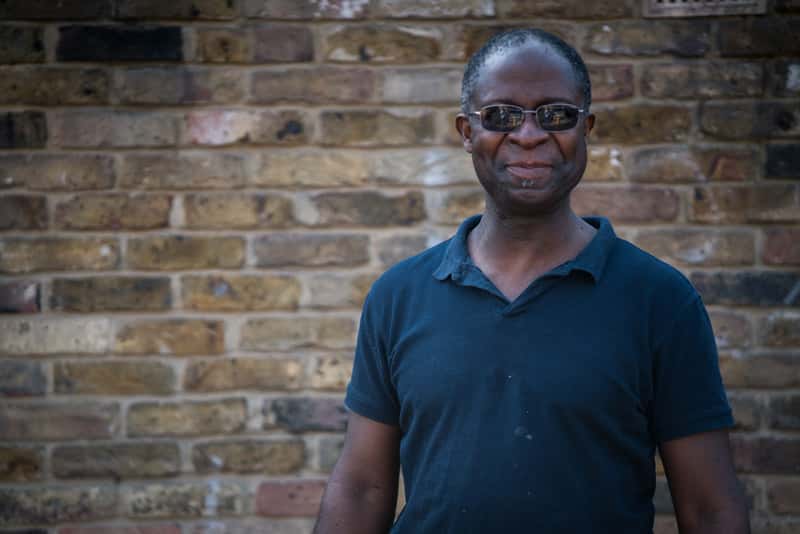 For tradesmen just starting out on MyBuilder, winning work and building up feedback can seem like a daunting challenge. We spoke to Sammy Nartey, who’s been on the site for just over six months, to find out how he navigated his early days on the site.

Unlike many tradesmen, Sammy was a relatively late starter when it came to picking up the tools. The Battersea-based kitchen fitter first became interested in being a tradesman when he started doing renovation work on his own house, nearly 20 years ago.

“I had bought my own property and decided to learn how to put it together myself, doing the tiling, the bathroom, the kitchen, that sort of thing,” he told us when we met him on a kitchen refit job in Camberwell. “I did most of it just from reading a DIY book - that’s where I started. I built up my skills, and then got a job with a company called Apollo, a company that does work for housing associations. They took me on as a multi-trader doing plumbing, carpentry and electrical.” The trade bug soon caught hold: “I’ve been doing it ever since.”

After spending a few years building up his professional experience, Sammy decided to go it alone, setting up his own company, Westridge Developments Ltd, focussed on kitchen and bathroom fitting, plumbing and tiling. In the early days, Sammy’s methods for finding work was as simple as it comes: “I was mainly doing it through word of mouth, just giving cards out to people,” he said. “I didn’t even have my company name on the van for a while. I was just working for people who knew what I did, and waiting for people I worked for to recommend me to other people.”

Looking for a way to bring in more work, last October Sammy decided to take the plunge and join MyBuilder. He breezed through the application process testing his experience; as he put it, “If you have the knowledge, it’s easy to show - if you try and blag it, you won’t know the answers. But some people like to blag their way through life”. After being accepted onto the site, he was soon receiving leads for jobs in his area.

“I think I get around 50 or 60 jobs come my way every day on MyBuilder,” he said. “I have to sift through them and I don’t win all of them - I don’t expect to win all of them - but it’s enough to keep me going!”

Since he started out, Sammy has now spent £500 expressing interest, winning 24 jobs and counting, as well as getting feedback for most of them - all of it positive. When asked if he thought the site was value for money, he said: “Most definitely! What we pay, we get a lot in return. I think it’s more than reasonable - that’s why I recommend friends join as well.”

He admits it’s not always plain sailing: “There have been a couple of times when I’ve been shortlisted for a job and then tried to contact the person, but they don’t answer. I left messages, and they never got back to me. It would be an irritation, but if you compare what you lose and what you get back, it’s a massive difference - you get more out of it than you lose.”

What’s even better for Sammy is the follow-up work he’s won after doing jobs through the site. “Three or four people I’ve done work for have then had me back for other jobs. One guy calls me regularly. And when they see you doing good work, they’re more likely to refer you to their friends.”

When asked what key advice he’d give to other tradesmen just starting out, Sammy’s message is all about quality and honesty.

“Stay true to yourself,” he said. “Do your job properly, because MyBuilder works.”