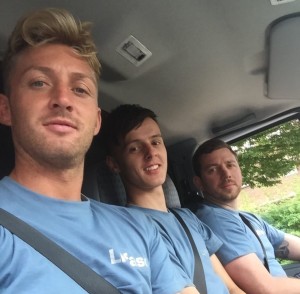 ‘Nothing worth doing comes easy’, the old saying goes. But Lee Picknell from LP Fascias is certainly challenging that idea, winning 49 jobs on MyBuilder in his first two months! We caught up with Lee this week to find out the secret to his early success on MyBuilder.

Starting off with his Dad at the age of sixteen, Lee followed in the family business of supplying and fitting soffits fascias and guttering. Once he turned 21, Lee decided to go it alone, finding himself dividing his time between contract and private work. He found MyBuilder just a couple of months ago.

“I was sitting there one evening thinking, ‘How can I increase business?’” Lee said. “I was already a member of a lead generation site, but it was so expensive and felt like a waste of money." After coming across MyBuilder, Lee decided to give it a go. Over the past year the introduction of assessments for trades has made MyBuilder’s application process more stringent, which Lee was pleased with, “it is great as it means fewer cowboys on the site.”

MyBuilder isn’t an overnight success, it takes a lot of effort and commitment to pay off. In Lee’s case it took ten expressions of interest before he won a job. “It’s difficult to get started”, Lee admits, but credits his determination to succeed as the reason for his speedy success. “I don’t even set a budget for advertising, if I see a job that is worthwhile I go for it, I know 100% that I will get a return on my monthly investment.”

Lee’s optimistic attitude extends beyond his approach to finding work, as he also likes to give great customer service. “I’m honest with customers,” he says. “For example, yesterday I quoted a job for £290 initially then once the guy had explained the job in more detail I told him he’d only have to pay £90 because now you’ve explained what the problem is. I could have gone there and earned £290 and he wouldn’t have known the difference. But because I was honest he trusted me.”

We asked whether he has a special knack for requesting feedback, “I generally don’t ask for feedback as I feel rude”, he concedes. But his approach to customer service pays off again when he is asked for little extras. “Some people say to me, ‘while you’re here can you check this? I’ll give you extra’. I refuse the money and say, ‘I tell you what instead of giving me extra money just give me a little review, that means more to me than a few quid.” 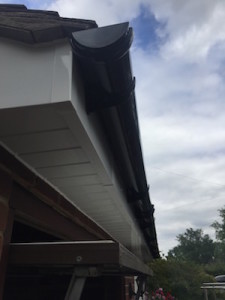 We asked Lee for any other tips he might give a tradesman who wants to win more work on MyBuilder. He told us how initial estimates have helped him to cut down on wasted time quoting, “I give customers a rough price bracket in the introductory message, before I drive 30 miles to a job that I might not win.” He is also keen on providing reliable aftercare, “If there is ever any problem I’ll come back to fix it free of charge, no questions asked.”

The skills that Lee has put to use has made him one of the best performing new tradesmen on MyBuilder. Now, the future's looking very bright, “I’ve had to close my books because I’m so busy - and that’s from just two months! I’m fully booked until the end of October, I don’t have a minute to spare!”