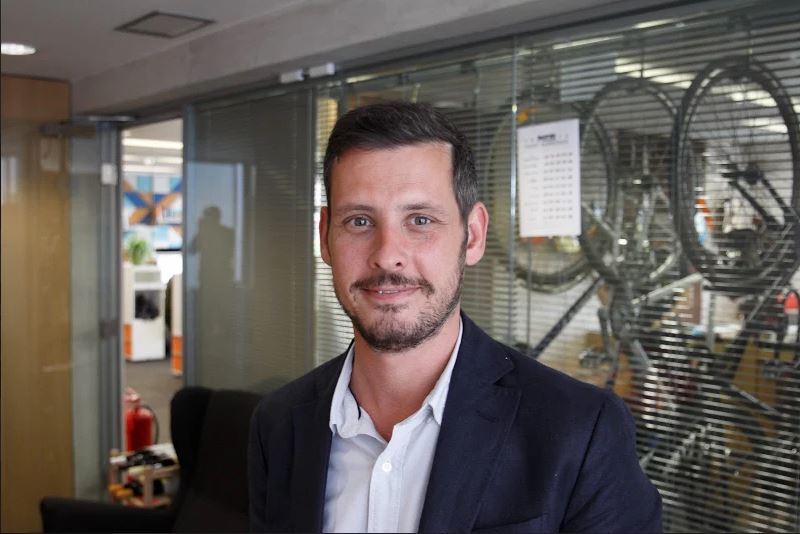 Everyone who sets out as a tradesman has a different vision of what success means. For some, it’s the simple pleasure of not being stuck behind a desk, working with your hands. For others, it’s the thrill of being your own boss, choosing the jobs you want. For a few, it’s the idea of being their own boss, and the boss of other people, that really appeals.

When James Woodham began his career as a tiler 13 years ago, his first aim was, in his own words, “to be the best tiler out there”. However, his ambition quickly grew, and he soon realised he had broader goals in mind: “My ultimate vision became to get off the tiles and start building a team, and developing a whole business."

It’s a vision that’s become reality. More than a decade after James was getting his overalls covered in grout, he’s now in charge of a business, Kennington-based St James Design Interiors Ltd, that covers all kitchen and bathroom fitting jobs. It employs 15 contractors, five office staff, a designer and an office manager.

The driving force behind his business was one that aligns with MyBuilder: “My vision was to show that a lot of people who didn’t have confidence in tradesmen, or expected that things would be bad, could find out that things could be so much better. People who are having jobs done are worried that tradesmen will put the costs up, but I wanted to show that didn’t have to be the case. I know it can be daunting to have tradesmen in your house, sometimes for a long time, and you want it to go as smoothly as possible."

As the business has developed, James has gained valuable experience in how to deliver on this mission. His key aims include responding to all job leads and inquiries as quickly as possible. “It’s always best to do it in within 24 hours at the latest, even if it’s just to say you’re busy that day but will get in touch soon. People appreciate you reaching out and being honest."

He also goes out of his way to make suggestions to clients that he thinks could improve the finish of the job. “We like to share Pinterest boards with clients - it’s a relatively new way of doing things, but people like to see lots of options. When they seen things they like, we order them in, and people can come and see them in person. You know what they like, but almost more importantly, what they don’t like, which can save a lot of headaches.”

And his ultimate tip? “Write everything down. If you’re making a quote, make sure everything is in writing.”

James says part of the job is providing the clients with information. “Everytime we leave a project, I like to think we leave them with knowledge as well. You can never provide a client with too much information. The more you ask them, the more they feel involved in the process, and the more confident they can feel in you.”

Although he might have had ambitions beyond being his own boss, James has combined that ambition with simple values. He might not be wearing overalls any more, but he’s proud to be a tradesman at heart.

Trade tales is a weekly MyBuilder blog where we chat to one of the site’s tradesmen and find out their stories and experience of using the site. If you have a story to tell about your profession or how you use MyBuilder, contact press@mybuilder.com