Whether your home uses a smart meter or not, it’s in everyone’s best interest not to waste water. There are plenty of easy things you can do to cut down on your water usage that don’t require much effort except paying attention - simple steps such as taking shorter showers, or turning off the tap when brushing your teeth. However, if you’re serious about trying to cut back on your usage, there are a number of bigger steps you can take to make sure your home is water efficient.

Unseen leaks can be the biggest culprits for water wastage in the home, and what’s more, can become a major headache by causing expensive damage depending on where they occur. The most common places for leaks to happen is around sinks, baths and showers. In the bathroom, keep an eye out for peeling vinyl, persistent mould, or soft patches on the floor which could indicate water damage, where a leak could be the culprit.

Luckily, these leaks, like those around a shower door, shouldn’t waste too much water, but it’s still worth catching them early to avoid any serious damage occurring. Leaks that are more hidden, such as those in pipes beneath the floor or behind cabinets, can be trickier to spot. If you’re concerned, speak to a plumber who can track down any rogue gaps in your pipework and put a stop to the problem.

Also, it’s a basic point, but one worth bearing in mind - know where your stopcock is. Experienced plumber Tyrone Tash, who has more than 200 pieces of positive feedback on MyBuilder, told us: “I’ve been on jobs where people have had leaks and floods all because they couldn’t find or turn off their stopcock. It’s really useful to know where it is!” In most homes, the stopcock is underneath the kitchen sink, or next to another downstairs sink such as in a utility room.

Toilets can use a surprisingly large amount of water - up to a third of a household's normal usage according to some estimates - so if you’re looking to cut back, it’s a sensible place to consider.  Thankfully, toilets these days are becoming more and more water efficient, with modern models having more compact cisterns and multiple flush options that use only a fraction of traditional WCs.

If you have an older toilet, a good stop gap is using something to displace some of the space in the cistern so it uses less water per flush - a bottle filled with water can do the trick, though you can also buy dedicated products. If you want to make a more permanent change, a new efficient toilet is the way to do, and a plumber or bathroom fitter will be able to install the right one for you. 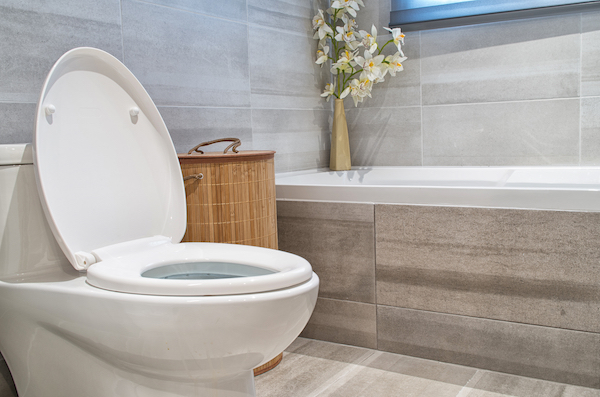 We all know that showers are more efficient in terms of water usage than baths, but not all showers are created equal. In fact, some high pressure showers can even use more water than a bath if you prefer to take your time while getting washed.

Luckily, there are lots of options out there for making your morning shower that much more efficient, with a range of showers on the market which use less water either by restricting and regulating the flow, or by aerating the stream. A plumber or bathroom fitter can help install the right model for you.

If you have a lawn and plants in your garden, you’re no doubt used to the ritual of watering to help keep everything healthy and in full bloom. Of course, a long hot summer can always lead to that thing gardeners fear as much as slugs and other pests - the dreaded hose-pipe ban. To avoid having to deal with that particular problem, canny gardeners choose to conserve as much water as possible, with rain butts becoming a must-have item for green-fingered environmentalists.

There are plenty of purpose-built models available from garden centres and DIY shops, ranging from plastic to terracotta or even old repurposed wooden barrels, but it can be tricky to divert your downpipes into them, with some needing you to drill and saw your pipework to attach them, if you’re considering it but unsure of the work required, speak to an experienced tradesperson who deals with guttering who can make sure it’s done properly.