We recently announced the winner of our garden makeover competition. We don't usually get to watch tradesmen go about their jobs, but for this time the MyBuilder team got to be flies on the wall as a life-changing garden transformation unfolded. Here's what we learned.

Before landscaper Chris Gilbert started digging up the garden that we transformed for Nicola Machin, he drew a picture of what he wanted it to look like. As a former illustrator, he enjoyed visualising the completed project, treating the garden like an unfinished sketch that he would paint in with dirt and grass. 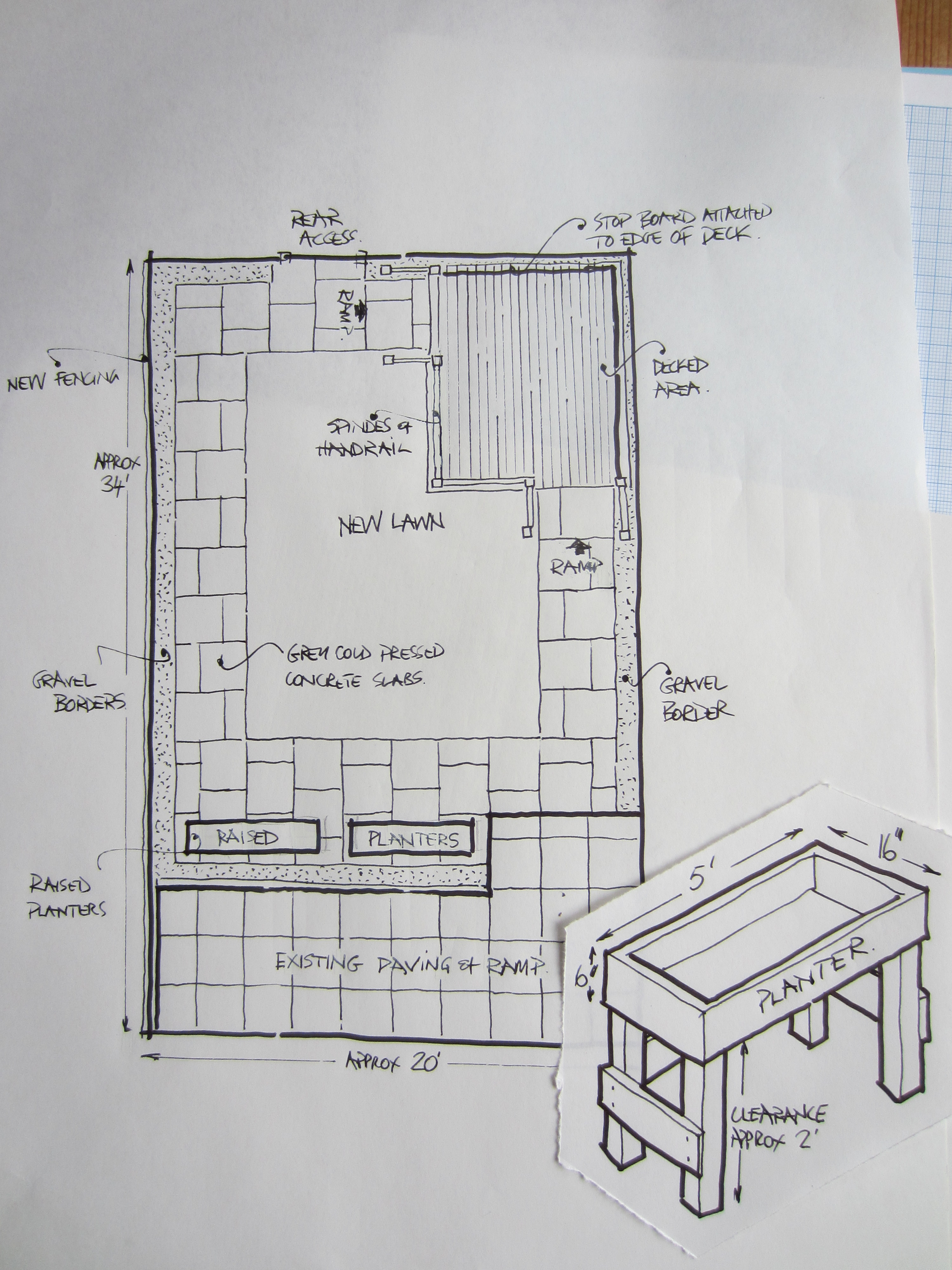 The plan that Chris drew for Nicola[/caption]

Most people don’t realise how much creative energy tradesmen spend before going about the jobs they get hired to do. With Nicola, Chris knew that he had to design a garden that would be accessible for her daughter, Ellie. Diagnosed with cerebral palsy, hydrocephalus and epilepsy, wheelchair-bound Ellie needed a garden that would make playing outside as easy and enjoyable as possible. Since Nicola is a single mother with two daughters, the garden had to be simple and self-sustaining, nothing that would require expensive or time-intensive upkeep. With this in mind, Chris came up with a garden that had ramps and evenly placed slabs over which Ellie could easily wheel herself around. Because Ellie loves planting seeds and flowers, he placed raised planters so that she could garden comfortably from her chair.

Nicola's garden from start to finish[/caption]

After the process kicked off, Chris adapted as he went. The original deck he drew was supposed to be elevated, with ramps on either side. But as he started working on the garden and interacting with Ellie, he realised that it would be easier for her to navigate a deck that was level with the rest of the garden. Identifying and responding to the needs of a homeowner is the key difference between a good and great tradesman. Watching tradesmen get invested in the lives of the homeowners they work with is one of the reasons we love running the competitions that we do.

Andrew Greenhill, who worked on Jon Mason’s (2013’s competition winner) garden, gave his project the kind of attention and care that Chris gave his. Since Jon had difficulty walking after suffering from a stroke, Andrew made sure the garden was easy to move around in. But because Jon loves to garden, he laid foundations that Jon would be able to develop himself. He also promised to check in on Jon from time to time, giving him tips and advice about how to continue growing his garden.

There’s so much that you can’t learn about a homeowner from a written job brief. It’s only when you enter their home and speak to them that you begin to understand what their needs and wants are. Another reason we love working closely with Chris and Andrew was that we got to see firsthand the small and crucial ways in which home improvement can impact someone’s life. 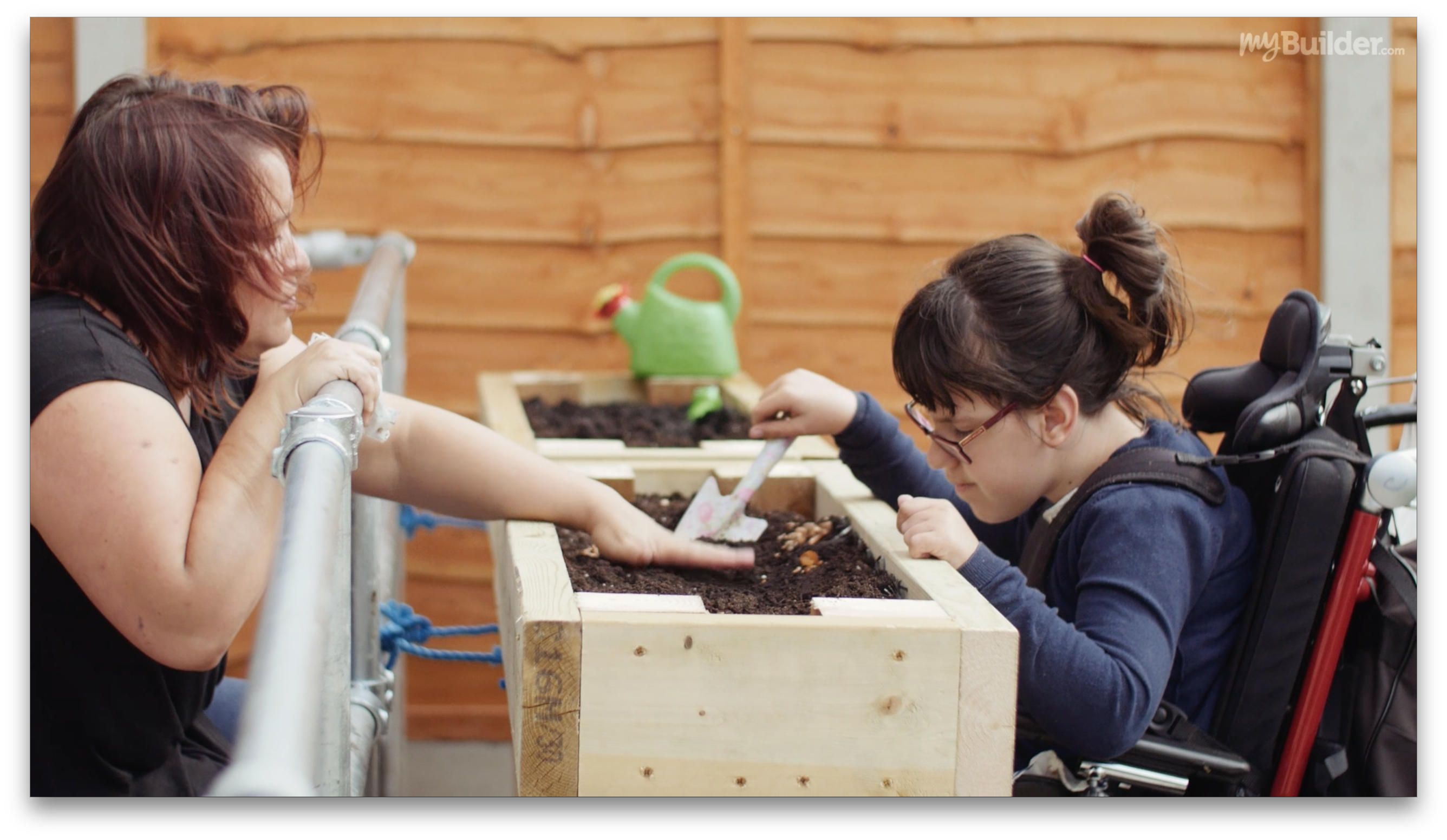 Ellie and Nicola planting seeds in their new garden[/caption]

Nicola told us that despite how much Ellie loves to play and socialise outside, she can’t always do so. After all, the local park doesn’t have a playground that is accessible for children with disabilities. And whenever the family gets invited to go to barbecues they have to decline, because their friends’ homes aren’t disability-accessible either. Now that her own garden is no longer the unkempt jungle that it once was, Nicola can start hosting her own parties. It will be the first time that Ellie can interact with other children within her own home and, hopefully, the first time that she’s not singled out.

Do you have a home improvement story that left an impact on your life? Share it with us in the comments below.