The people of Britain have opened the door on the disgusting state of their bathrooms, revealing their biggest pet hates, embarrassing confessions - and even admitting to dumping their partners over their grimy en suites.

According to a new survey of British homeowners, the vast majority of people dislike their own bathrooms, with more than two thirds of people (67%) saying they were unhappy with it. Nearly half of all people surveyed (45%) said it was the room in their home they most wanted to renovate, while 41% admitted to being embarrassed by their bathroom when friends came to visit.

The dire state of our bathrooms is also dividing friendships and ending relationships. More than a third of people (38%) admitted to holding it in while visiting a friend’s house because their bathroom was too disgusting to use. A quarter of people (25%) said they had fallen out with housemates or partners over the state of their bathroom, while shockingly, 24 people (6%) confessed they had actually dumped their partner over the issue.

The biggest turnoffs people had about bathrooms was low water pressure in the shower and wonky toilet seats, with 56% of people listing them as major gripes. Toilets that don’t flush properly (48%), carpet in the bathroom (44%), and no lock on the bathroom door (35%) were also listed as big pet hates.

However, many people confessed that their own bathrooms are guilty of the same bugbears. Nearly a third of people (32%) admitted to having a wonky toilet seat, while no lock on the door (23%), separate hot and cold taps (21%), a badly placed or missing loo roll holder (20%) and low water pressure (18%) also featured heavily.

More than 400 homeowners responded to the survey, carried out by MyBuilder, the online marketplace for finding quality tradesmen.

As a result of these dismal revelations of the survey, MyBuilder has teamed up with VictoriaPlum.com and embarked on a mission to find, and fix, the grimmest bathroom in Britain. Homeowners simply need to tell MyBuilder why their bathroom is such a nightmare, and submit pictures, to be in with a chance of winning a full bathroom makeover. 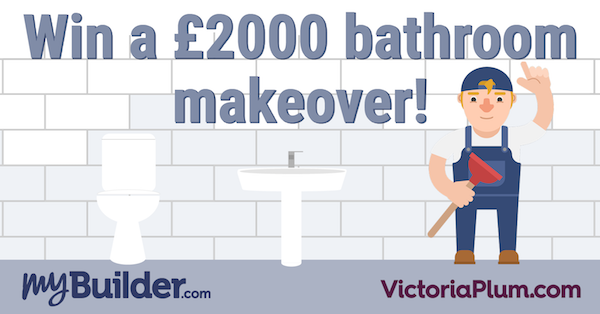