As I popped into my local newsagent for a pint of milk, I was intrigued to see the Daily Mail’s front cover headline: “Tape Record Your Builder”. Jo Swinson, a government minister, unveiled a new 'consumer bill of rights' and encouraged homeowners to record conversations with their tradesmen to hold them accountable. See article. 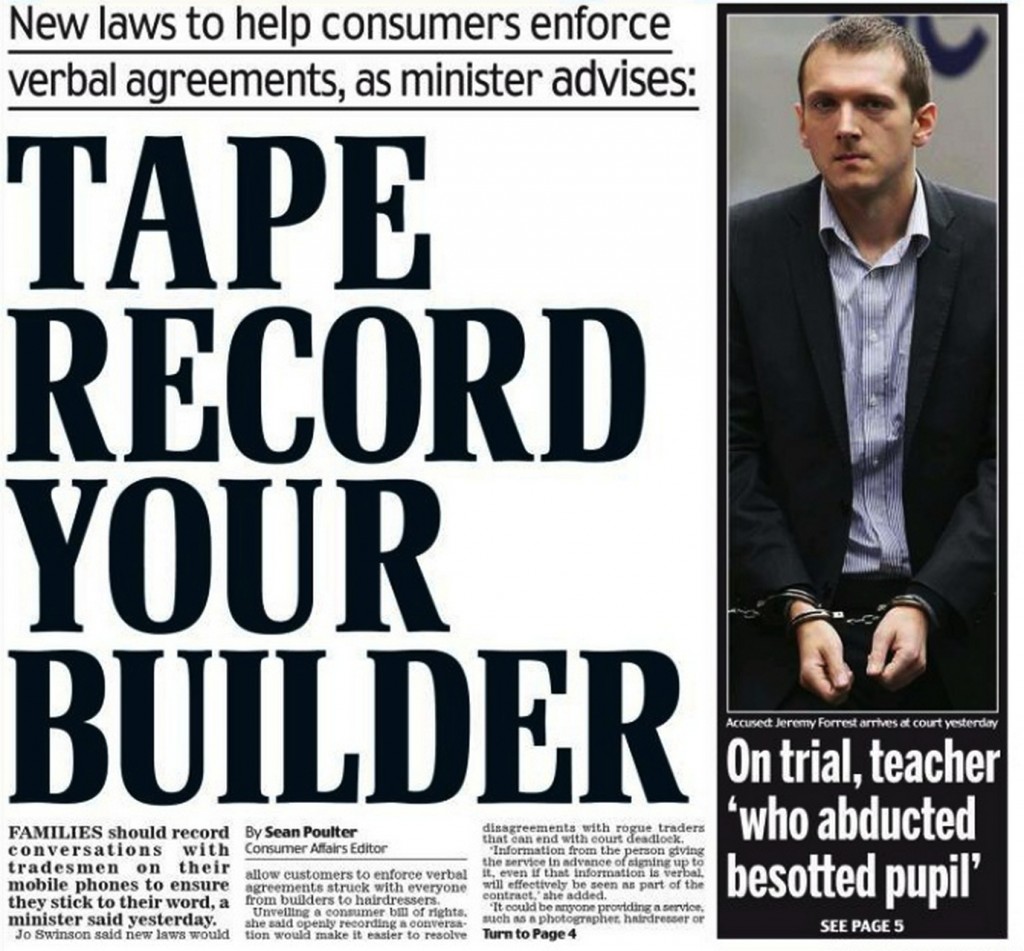 On the face of it, the idea of recording conversations with your tradesmen might seem like an effective, if uncomfortable way to get a verbal contract in writing, as it were. But in fact, it’s just another daft government idea that attempts to solve a complex problem with a simple solution.

But that’s not to say that you shouldn’t make formal agreements. Part of the point of writing a contract is that you’ve given it thought and discussion and settled on something concrete. A contract is a clear distinction between conversation and agreement. You can easily refer back to the contract and if it needs to be changed or updated, you can agree to tear up the old one and write a new one. Seeing what has been written and putting your name to it is a crucial step. See our article about contracts.

There is another problem with the suggestion of tape recording our conversations with tradesmen. It’s why the whole notion feels uncomfortable to us when we imagine ourselves doing it.

What’s the most important thing in a business relationship? Trust. What are you saying to someone when you record a conversation with them? You’re saying that you don’t trust them. The relationship can only go downhill from there. Signing a contract does not convey lack of trust, it conveys professionalism and fairness. There is a copy for both parties, who have had a chance to review and sign. It cuts both ways as well: as much a benefit to the builder as to the homeowner. Recording a conversation is completely different. It can present a misleading picture of the agreement and it can only be used against the other party. It is, by its nature, an act of aggression.

Considering that lack of trust is one of the biggest problems that plagues our industry, this is about the last thing we need.