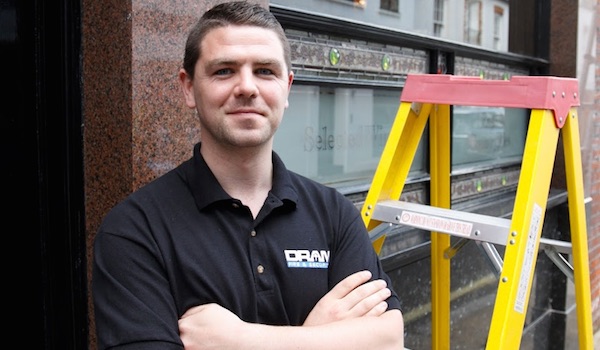 Doctors will also tell you that when it comes to your health, prevention is usually better than cure.

Ask Stephen Mackinlay about home security, and he’ll tell you the very same thing. “A lot of jobs come from people who’ve had incidents,” he told MyBuilder. “People who’ve been burgled, or their neighbours have just been victims of it. Now, thankfully, people are more conscious of home security as a preventative step.”

Stephen’s business, London-based DRAM Fire & Security, has been helping homeowners and businesses look after their property since 2010, but has been increasingly busy over the past year as people grow ever-more conscious of security issues. “We’re really busy at the moment,” Stephen said. “I’ve seen a growing awareness. A lot of people are even installing DIY security systems. You can get a four-camera system on the high street for £200. The issue is, people don’t know what they’re buying. They don’t know if they’re going to get something worth having - I’ve taken out dozens of systems after people realised the quality of them just wasn’t good enough."

“Buy cheap, buy twice” is a common saying, and one that Stephen heartily agrees with, and one he advises other tradesmen to abide by. “One thing I never do is use cheap equipment,” he says. “We only supply HD systems and upwards. They can connect with your phone, tablet or computer. If you want want to monitor people, you need a good image - the whole point is to to see people.”

In the six years Stephen has been running the business, which now employs two labourers and an engineer alongside Stephen, he’s built up a wealth of experience, which he’s been offering to MyBuilder users for the past year, gaining 100% positive feedback so far. Originally from Liverpool, Stephen travelled down to London 12 years ago and realised the potential opportunities for starting his own business in the city. “I’ve always been a hands-on person. I came straight out of school and wanted to work. It was certainly the right choice for me.”

All the hands-on experience means Stephen has a wealth of knowledge to pass on to homeowners when it comes to their security - though he often wishes he were involved in their plans sooner. “Security is one of the last things people tend to think about in a build. We’re the last ones to come in, after everything has been painted and decorated. Really, we want to be going in at the same time as the electrics. By the time people want us, they sometimes don’t have the budget left.”

Stephen’s recommendations for homeowners looking to improve their security begin with security lights - in his words, “the most cost-effective thing you can do”, followed by an alarm system, and then CCTV. He likes to meet every potential client to assess their needs - as he puts it, “I don’t like surprises, when I’m giving quotes on something I haven’t seen.” He adds: “We take our portfolio and show them what we’ve done before. We’re not always the cheapest option but people feel comfortable with us and want to use us.” For experienced tradesmen, he says, being the cheapest option isn’t what wins you the work - it’s being able to show your experience and your quality.

One of the services offered is a full maintenance contract, something especially useful for commercial clients. “It makes sense for us to go back and ensure everything is running smoothly,” he said. “Sometimes it’s the simple things that can cause issues, like a spider making its web in a camera lens. You might not notice it until you really need the footage, and then it’s too late. It’s like servicing a car. It needs upkeep or it will fail.”

In Stephen’s line of work, you never stop learning or improving - a lesson all tradespeople can learn from. The business has expanded to cover fire protection, and is doing more work in the area. Meanwhile, changing technologies mean there is always more to know. “We’re looking now at home automation. Everything from lights, to music, to alarms, to cameras. The whole smart home.”

If you’re smart, it pays off to think about home security - after all, prevention is better than cure. Stephen’s experience means he can diagnose every problem, before it’s too late, whether it’s protecting a client’s property, or growing his business.