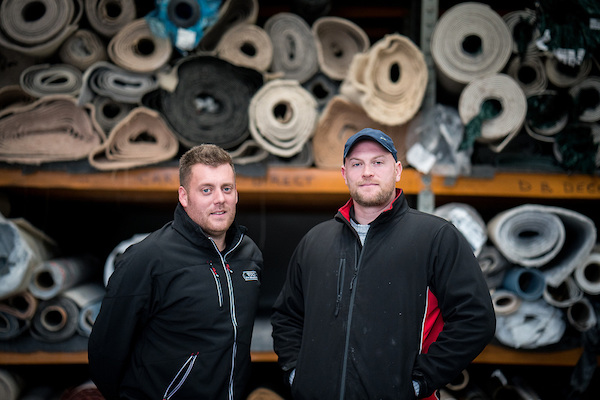 From pies to parquet, flooring fitter James Thurston (right) has had a diverse career. After years selling traditional cockney grub, the Essex boy has returned to his roots laying flooring and carpeting. We met up with him and business partner Chris Shorter to learn how Southend Flooring got off the ground.

Like many tradesmen, James, from Chelmsford, originally got into the business thanks to family - his dad ran a carpeting firm, and James would help out as a youngster. “I was only a kid,” James told us, “going out at weekends and holidays to lend a hand. Then when I finished school, I went straight into it - I finished school on a Tuesday, and was out working on the Wednesday. I went at it hard, doing five, six, even seven days a week, and did that for the next ten years.”

Eventually, the job took its toll on James, and the moment came where he fancied a change. “I did myself in physically,” he said. “The older guys would all tell me I’d regret not wearing knee pads or looking myself, and I never listened. I just wanted a change. I thought catering might be a good way to make some money, that maybe didn’t have all the hard graft.”

James’ foray into the food world wasn’t as simple as retraining as a chef - instead, he got involved in the world of pie and mash, inheriting a traditional recipe and bringing it into the 21st century. “I’m no chef, but I was smart with the branding and managed to get it into a lot of places, I even did catering for a Madness gig once. We sold them online and had big plans to do things like open the first pie and mash shop in New York city, but in the end, it never quite came about. When that was coming to an end, my wife was running a restaurant that was also winding down, so we found ourselves coming back to Southend looking for something to do.” 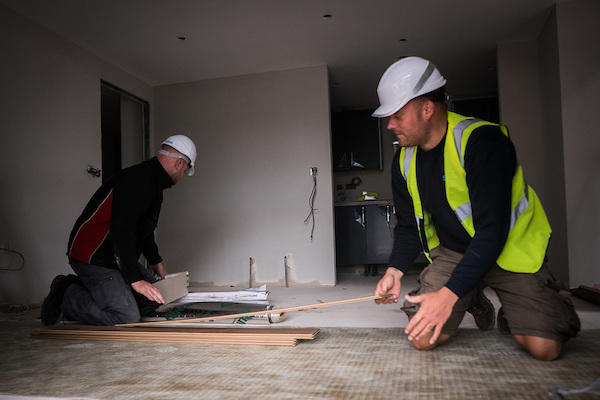 With £1,000 left in the bank and bills to pay, James turned to what he knew best. “I went out and managed to get hold of an old van, and dug my old tools out of storage - and within a few days, was doing little jobs for friends. I signed up to MyBuilder to see if I could get a little bit of work that way, and was amazed at how many leads were coming my way. It got me back on track.”

It was another twist of fate that took the business to the next level, as James told us. “I was out one day and bumped into Chris. We’d known each other since school, but I didn’t know he also did carpeting and floors. He was working big commercial jobs, and when we met again he was doing betting shop refurbs and he asked me to help out. They wanted them done super quickly, overnight, so you’d go in at 5pm and have to be done by 5am. I told Chris, sleeping on a bookies’ floor is no way to live your life. I wasn’t sure about telling him about MyBuilder because it was going so well for me, but in the end I did - and we decided to start working together properly.”

Taking on the Big Jobs

They set up Southend Flooring and started winning work, taking on a variety of jobs, including residential and commercial fitting, with bigger and bigger gigs coming their way.

“We had a huge project come up,” James said, “for a new build apartment block with a big developer. We tendered for it, assuming we were just there to make up the numbers, but it went from 19 companies in the running, down to 14, down to 10, down to five. I didn’t think it would end up with us, and we heard for a while that another firm had got it, but one day the directors came down and told us they were impressed with us and the efforts we’d gone to to show off what we could do.”

The key, James said, is their passion. “I think we’ve probably upset some other businesses with how we’ve grown. We’ve built up big accounts with suppliers that other people haven’t been able to access. But the developer wanted someone who wouldn’t just see the job as another invoice, they wanted people with passion, and that’s what we had bags of.” 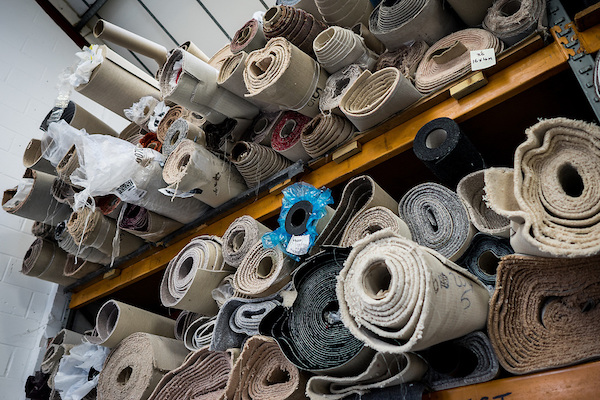 Now, the business has grown to have ten full time fitters, working in five teams: “We don’t have time to get the vans sign-written, because they’re always out doing jobs!”, James said. “It’s great having a team like that though. They’re all people we’ve known in the business for years, or they’ve been recommended by those guys we trusted. We could never just sub a job out to someone to someone we didn’t really know - that’s your reputation on the line. If they get you a bad review, well, I have nightmares about that.”

Since Southend Flooring started on MyBuilder, the firm has maintained a 100% positive feedback rating, with more than 120 jobs completed.

“We get work from a lot of places now,” James said, “but we still take on leads from MyBuilder. It’s reassuring to know that if everything just stopped tomorrow, I could get back on MyBuilder and find new clients. It really worked for me. Even my dad has signed up now, and he’s been going for decades, with thousands of customers.” He added, “I know tradesmen who spend a £1,000 a month on directory listings, and I just think, if they were on MyBuilder, the return would be 10 times better.”

James credits the feedback system with building up success on MyBuilder. “Those reviews all keep you honest,” he said. “No mistakes, no cutting corners. It does you a world of good for your own work ethic, and when it comes to training up other guys.”

With plenty more work on the horizon, James and Chris will be looking to keep up the great feedback. With that under their belts, growing the business won’t just be pie in the sky.