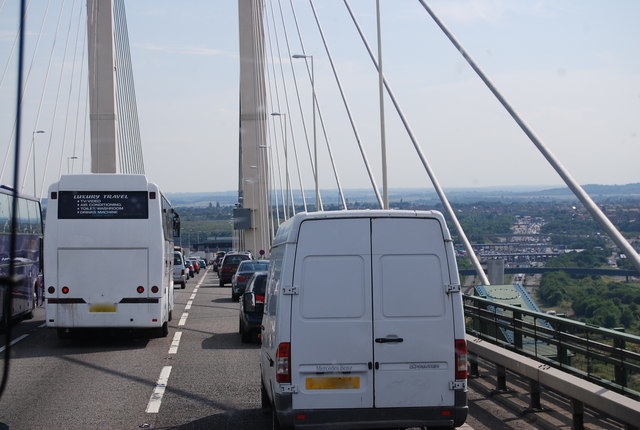 I recently read this article ‘The day I took on the tradesmen’s guild’ by Simon Read, the Independent’s personal finance editor, that raised an eyebrow. He hired a roofer for a small repair and was shocked to see that he had been billed for the roofer’s travel time.

“...a roofer had submitted an invoice for an hour and a half's work replacing a couple of roof tiles that had blown off, when he had only been at my home for 45 minutes. That, to me, seemed unreasonable."

He goes on to say:

“I don't begrudge paying the going rate for expert work, but it didn't sound fair to be charged around £90 an hour while the roofer was sitting in his van in traffic.”

I can relate to this because I know what it’s like to travel great distances for work. When I was working as a stonemason in Bristol, I did a job in Dorset that was a 2 hour drive each way. The travel costs took a lot out of my wages, not to mention the fact that I was leaving the house at 6am and returning as late as 8pm. I didn’t charge for travel and I put up with it because it was a big job and at least I could get a full day’s work in. But what of the tradesmen who do travel great distances for small jobs?

The main question is whether a tradesman should charge a client for travel time. I think the answer is no, personally.

Now, let me be clear that I'm making a distinction between that and a call out charge. Call out charges are a necessary and good thing. Urgent plumbing, heating, roofing and electrical problems, as well as locksmith work necessitate call out charges. Why? Because on a job that can be done in minutes, the hourly rate would be so small that it wouldn't be worth the trip. Clients simply have to pay a call out fee in order to get someone willing to do it. 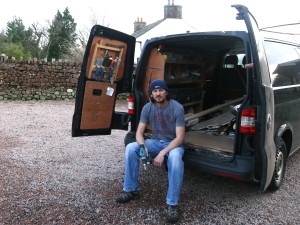 There are two important differences between charging for travel time and charging a call out fee:

1. The client knows up front that there is a call out fee, and how much it is.

2. The fee is the same for every client, no matter how far away from the tradesman they live.

The first point is the bigger one, and if Mr. Read knew about the extra fee up front, he wouldn't have taken issue with it. One of the most important rules for any kind of tradesman is to be clear about your fees upfront. There's no excuse for doing otherwise, and any ill will generated as a result sits squarely on the shoulders of the tradesman.

The second point is more nuanced. Why shouldn't a tradesman charge a larger fee to customers who are further away? I will argue that it's not in the tradesman's interest to do so.

Firstly, the client has no control over how long it takes you to get to their house. Nor do they have an easy way to choose tradesmen who have shorter travel times to their home. Yes, you can look for a local tradesman, but why would they necessarily be coming from their home when they head over to yours? Tradesmen who do small jobs pop from one job to the next, and it’s down to them to optimise their schedules for travel time.

Secondly, travel time accounting is open to abuse. As if to prove the point, Simon Read’s roofer eventually came back to say that he had ‘misread' the clock in his van. Customers have no way of verifying travel time, and they know that. The biggest problem from the tradesman's point of view is that billing for travel time leads to a lack of trust. And as we all know, you won't get repeat work and referrals from a client who doesn't trust you.

My conclusion is that Simon Read has a point around not being told upfront, but tradesmen who do small (especially urgent) jobs should charge a call out fee, and roofers after the recent weather are a prime example. It’s completely fair and reasonable. This is what Mr. Read’s roofer was trying to do in essence, but he handled it very poorly by adding travel to his hourly rate and not stating that up front. A storm in a teacup perhaps, but also a good learning experience.