Ahead of the Scottish independence referendum we asked our tradesmen what they thought was best for the United Kingdom. An incredible 80% who were based in Scotland thought it was right to leave the UK. The overall results suggested otherwise, with only 45% of the Scottish population voting to leave the union.

But with the fragile state of UK politics over the last few years, it's unlikely that we have heard the last of the #VoteYes campaign. All eyes are on Scotland to see whether they will eventually agrees with our nation's tradesmen. 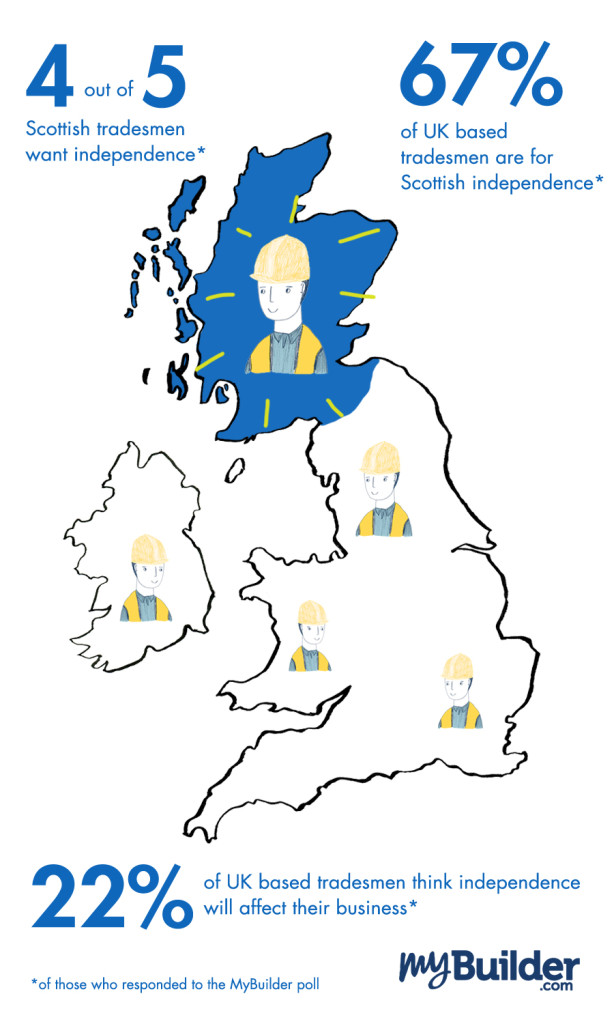