Recently MyBuilder organised two kitchen renovations for the winner and runner up in 'Britain’s Worst Kitchen' competition. It was a chastening reminder of the potential pitfalls of any building project...

Taking on 'Britain’s Worst Kitchen' rather than just any kitchen meant it was well nigh impossible to produce a really accurate estimate for the prize costs up front.

Paul Currie in his original kitchen[/caption]

The trouble was that until you got into the kitchen, you just didn’t know what you’re going going to uncover. I mean, how do you budget for the fact that wiring that looks fine on the surface is dangerous - or the possibility that a homeowner is going to fall through the ceiling. How were we to know that Jeanette from Colchester had no bedroom floor? The costs can mount up once you scratch the surface, so coming up with the quote means walking a tightrope between the client’s expectations and potential problems.

Change is a fact of building life

On building sites things change all the time and often for very good reason. We originally planned to board out the Liverpool kitchen and skim ('dot and dab') but when our plasterer turned up he recommended ‘float and skim’ (putting on a cement based backing with waterproofer and then skimming over that).

Changing the way we were going to plaster meant changing materials, all very inconvenient but worth it in the end. Fortunately our supplier at Travis Perkins, Gavin Ledder, has the patience of a saint and we could rest easy knowing that we’d done the best possible job on Paul’s kitchen. 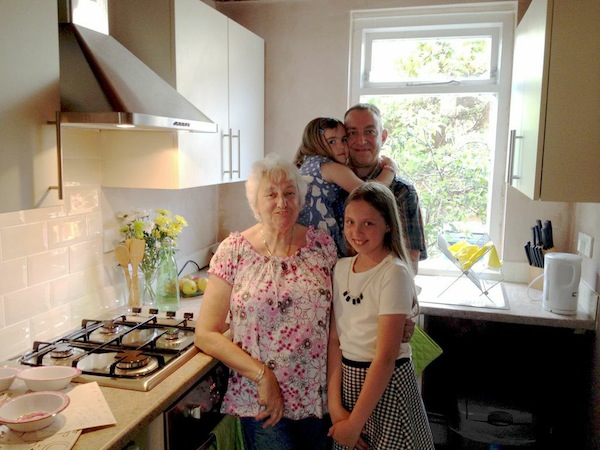 Delays are preferable to errors

Delays are inevitable so you have to factor in some slack and manage everyone's response when there is a delay, particularly on a build like a kitchen where you are juggling a number of different trades and a homeowner.

On day one in Liverpool, our plasterer was absent due to unforeseen circumstances and we had to find another one very quickly. Fortunately we found a gem of a tradesman called Ged Parsley from Woolton Plastering and Rendering, who saved the day but by then we’d already lost a day! 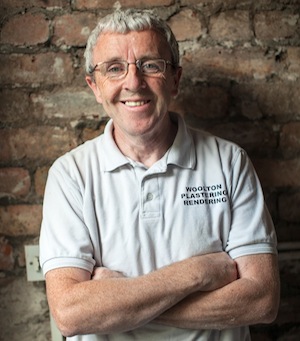 Ged worked his socks off and juggled other jobs but the plastering wasn’t done until the end of the first week, not the entire kitchen as previously planned. All the other trades were left waiting and luckily Paul the homeowner was very understanding but we still had a nail-biting three days to sit out before the plaster was dry enough to continue work. If we’re honest, it was tempting to press on regardless - don’t think we didn’t discuss it, after all we were a week behind schedule and all our well laid plans were shot - but in the end we knew we had to do what was best for the build.

Cleaning as you go along can help massively

When people are living in the house that you’re working on it can be tough. Plastering and joinery create mess, there’s no way round it!

Clearing up as you go along helps relationships on site but some tradesmen prefer to leave it all until the end. It can be really hard on the homeowner that way and it’s testament to Matt Woodgate of Propertytlc, that Colchester homeowner Jeanette prepared to get married during all the work without having a nervous breakdown. 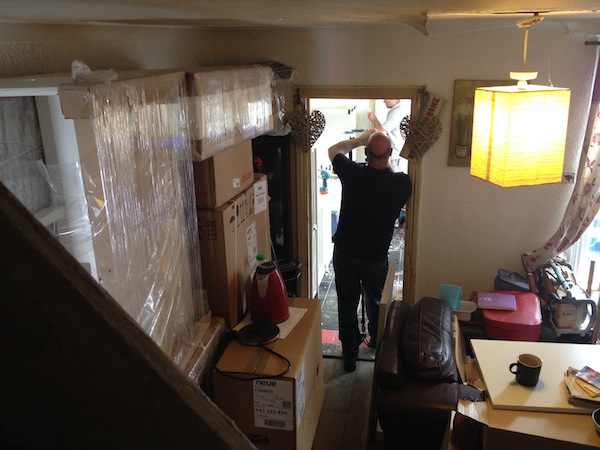 Space is another issue. In the case of both kitchens, neither house had much frontage or a big enough garden to work in, meaning our fitters had to do all their sawing either inside in a very small space - or out on the street. Working in a compromised space is stressful and tempers can easily fray, particularly if people get under your feet. Somehow you have to keep the inconvenience to a minimum but get the job done and that isn't easy.

In Colchester, our problems were compounded when the Benchmarx units turned up ready-built. They filled the lounge to overflowing and frankly if we’d been the homeowner we’d have gone mad!  However, Jeanette was very chilled and having made-up units meant that we were able to shave a day or so off the time it took to install the kitchen. So despite the headaches and delays, the changes of plan and the budget juggling... 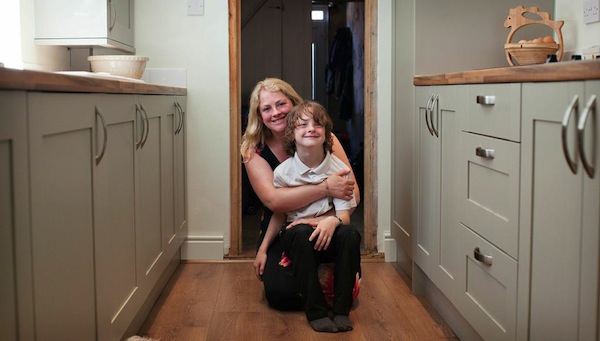 Jeanette and son Aiden in their stunning new kitchen[/caption]

With two kitchens we can be really proud being used by two delighted families, we’ve learnt a lot and we’d like to know more. If you have any tips for other tradesmen or homeowners, or observations to share, post a comment...