Wendy had a ten year-long on-and-off relationship with insurance before she finally decided to take the leap and become a tiler. 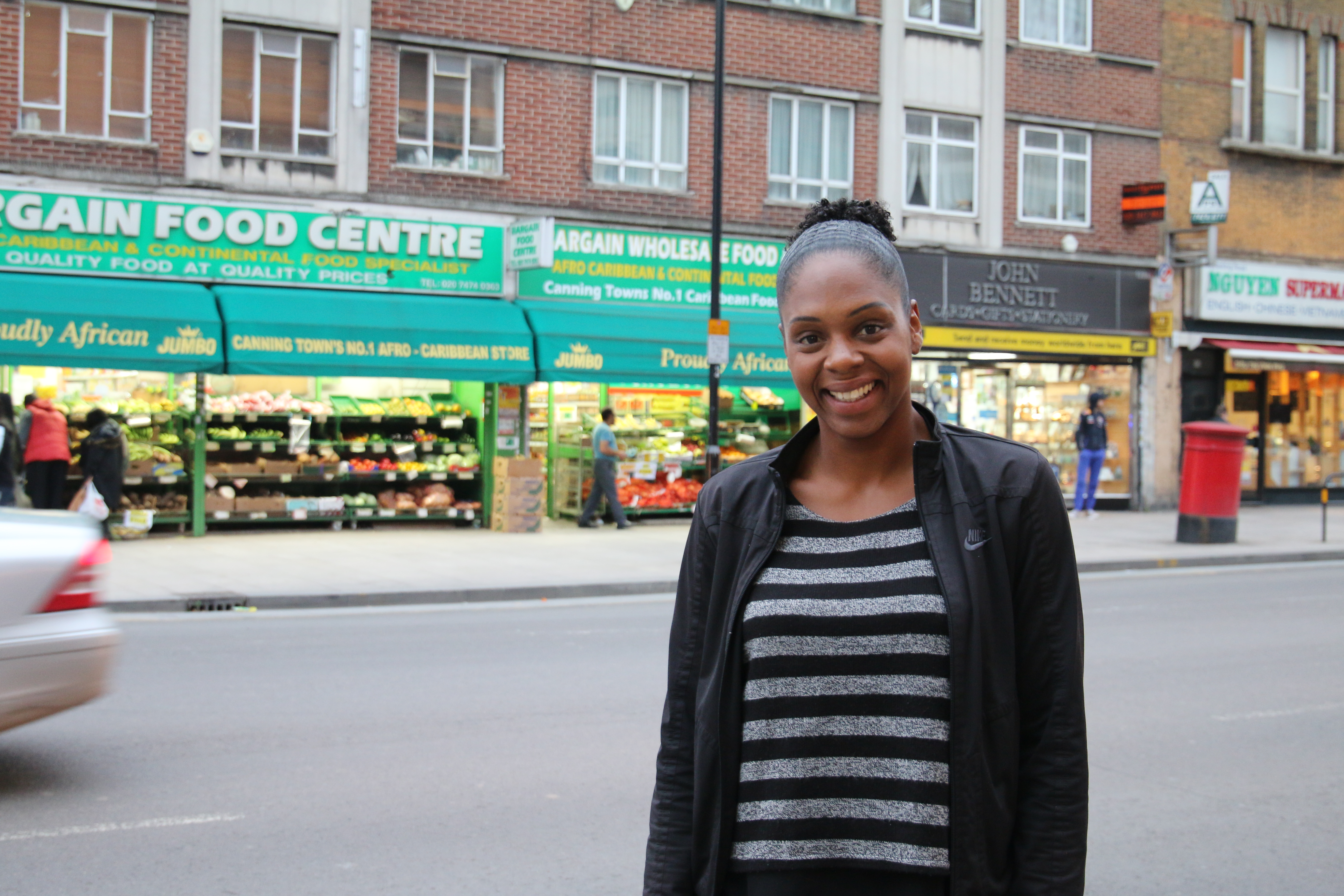 Leaving the frustrating world of insurance

Her story began in a fairly typical way: she was was fresh out of college when she fell into her first City job, selling insurance. “It was the kind of job that will get you a mortgage and if you have kids it will provide your family with some stability,” Wendy said. "But that world can also be problematic. It depends on what you want out of life and I think you get to the point where you have to ask yourself what you want out of yours.”

But even then, pursuing a new life wasn’t a linear path. “I changed my mind many times,” Wendy admitted. "Every time you think, ‘I’ll make it in this place’ or ‘I’ll get on okay in this place’, hoping it will make a difference, but there comes a point when you just have to admit that you’re just not doing what you’re supposed to be doing."

She describes coming into work one day and finding that her desk had been moved. “It was a minor thing, But it was still something which I had no control over,” Wendy said. “No matter how hard I worked—no matter how early I came in, no matter how late I left, no matter how thoroughly I met all my goals, I couldn’t get a pay rise if the department as a whole hadn’t reached their targets. I was limited as to what I was able to achieve, because I always had to operate within the company’s structure. Over time, the complete lack of control in my working life really got to me. It translated to a feeling of a complete lack of control in other areas of my life as well.”

The home renovation that kickstarted a new passion

So, how did she get to tiling? It happened as a bit of an accident, really. When Wendy and her fiancé decided to move, along with a newborn, into one of the properties that she had been renting out for years prior, they knew that they would have to renovate it before moving in. The timing wasn’t great—Wendy was pregnant and had left her insurance job just a few months prior.

With a tight budget, they decided to work out what renovation work they could do themselves. Wendy decided to take on the tiling because it seemed like a fun project. She took a few DIY courses to get a hang of the basics. Then she went out, bought the right tools and got to work. She tiled both her kitchen and her bathroom and was pleasantly surprised with the results. 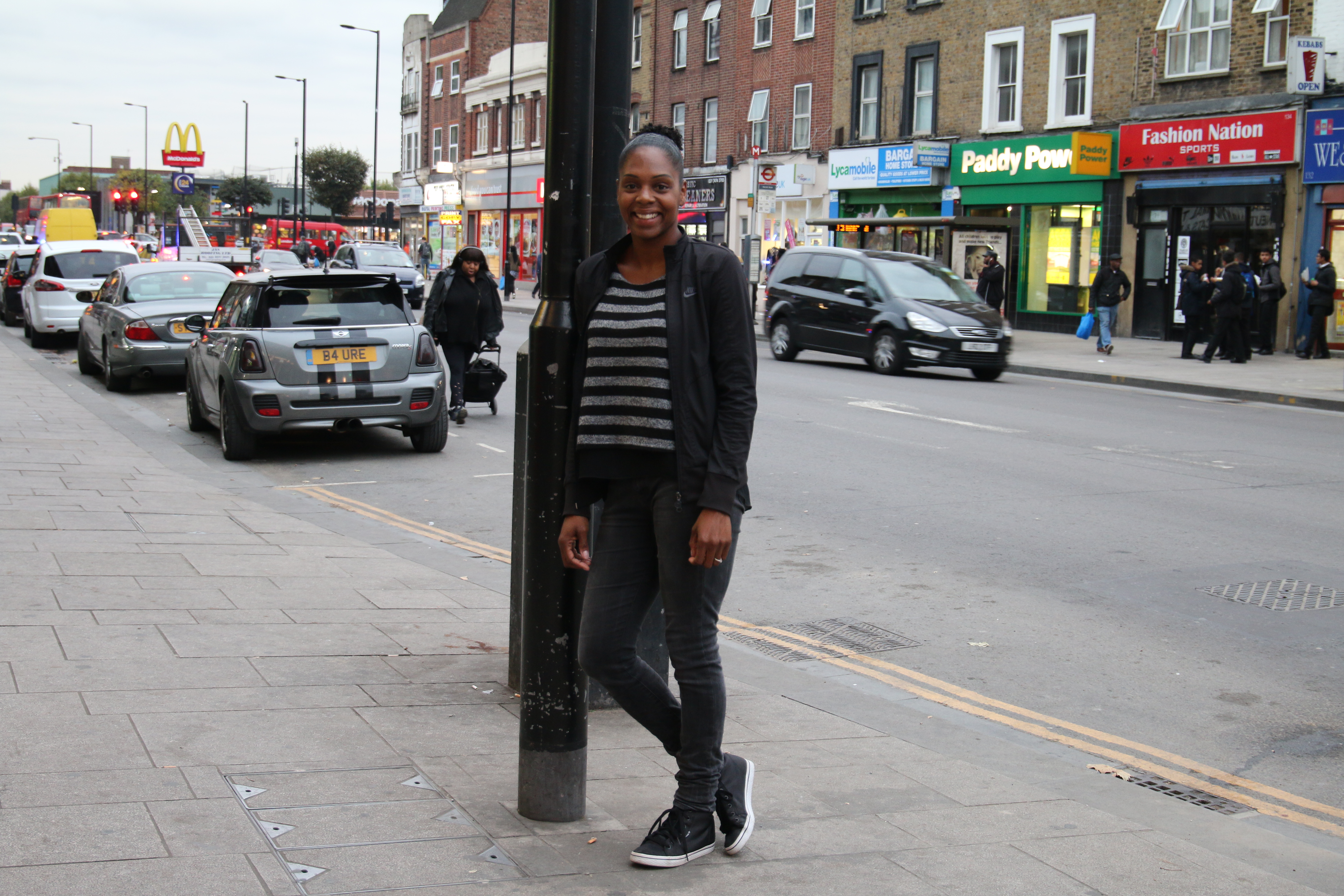 Armed with all the right tools, Wendy thought she would see if she could make back some of the money she had spent purchasing them. She put up a couple of ads, got some responses and was on her way. “I learned by experience, getting better and better with each job,” Wendy said. "Which is as it should be, because every job is different in a completely unique way. For example, natural stone tiles require sealing and a special kind of maintenance. Each time I encounter different tiles, I realise that there’s a gap in my knowledge. I’ve enrolled in a trade school to get an NVQ qualification in tiling—I’m on my final but now I need to finish a few actual jobs and have them assessed as part of my portfolio.

Wendy has been working closely with Women and Manual Trade, a charity that provide women pursuing building careers with a lot of support. They have allocated her a mentor who can help with setting up a business from putting a plan together to marketing to recruitment. She’s ready to start recruiting to expand her business and she’s made a commitment to recruiting other women. Why are women such a great fit for her business?

"Trade work provides the ultimate flexibility for women like myself, who have families,” Wendy explained. “I left the insurance world before I had my son, but even then I was beginning to think about what my personal responsibilities would look like in a few years and I wanted to find a way to have a bit more freedom in my day-to-day life. And I’m glad I took steps to give myself that freedom.

When my son was a little younger, he would get sick a lot and I would often get a call from the nursery saying that I needed to go and pick him up. As a builder, if you have to turn down a job to attend to your sick child, it impacts only you. But in the professional working world, it impacts the department and the company and a whole load of people get upset with you.”

The reality of being a woman in a male-dominated industry

Wendy calls herself “The Female Tiler” so anybody who hires her knows what they’re getting. As it happens, it’s a good thing, because a lot of people seek her out especially because she's a woman—it’s often single women who feel more comfortable having another woman in the house. "I stick to domestic projects now because I tried working on-site a couple of times and it didn’t go down very well—there’s always a certain degree of sexism on-site that there simply isn’t when you do independent domestic work,” Wendy said. "But it’s also just about what you’re comfortable with—I prefer directly communicating with customers, I enjoy building a relationship with them. It’s also just easier having your own clients in terms of flexibility—you can choose when you do and finish jobs, you can set your own schedule.”

But all of that doesn’t mean that Wendy is particularly pro-women. “I think there’s a place for both men and women in the building trade,” she said. "There is absolutely no reason why we shouldn’t be able to work alongside each other. In fact, I think we’ll be able to complement each other quite well. There’s no reason why it should be us against them.”