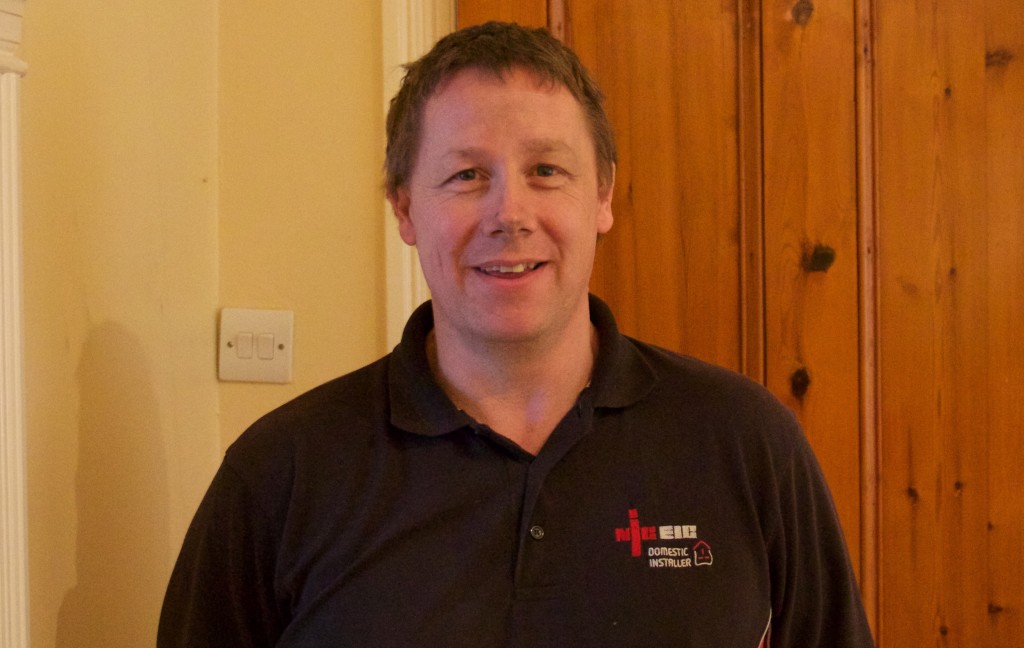 With more than 450 positive reviews on MyBuilder, you’d expect Jason Briscoe at Electrical Safety Services to know his way around a fusebox.

But for Jason, his experience goes back for more than a quarter of a century, and he’s picked up plenty across his years as an east London sparky.

The Woodford Green-based electrician was working with electrics as a teenager, kicking off his career as a 16-year-old at the publicly-owned utilities company, the London Electricity Board (now part of EDF). The LEB boasted future prime ministers John Major and Tony Blair among its employees at one time or another, and while Jason never rubbed shoulders with them, he did once do some work for one of Margaret Thatcher’s bodyguards.

“It was like spaghetti junction”, the electrician laughs, remembering the experience. The previous workers hadn’t done the best job, leaving the burly bodyguard with some faulty lights and a suspect storage heater: just one more clean-up job for Jason to deal with.

As someone who does plenty of inspection jobs, Jason is used to seeing the worst of electrical issues. But despite his exposure to the things some people leave behind, Jason has an optimistic view of the trade and the level of quality people can expect when they they invest in an electrician. It’s a view instilled by his own training, where any shortcut or mistake would be picked up by his seniors: “If we did, you would get pulled up on it. I just think I’ve been taught the right thing.”

Pair that early diligence with years of on-the-job learning, and it adds up to a tradesman who can speak confidently on the merits of a job done right. “When we started,” Jason said, “we didn’t have a cordless screwdriver - it hadn’t been invented yet!” The traditional ways of doing things taught Jason the merits of working methodically and properly, and ending up with perfect results.

He admits, fixing the electrics in a property might not be the most glamorous part of any renovation job. With the majority of any electrical system hidden from view, it can feel like an afterthought for many clients. “Most people don’t want to spend a thousand pounds and not see the benefit,” as Jason explains. But of course, in the long run, clients do see the benefit: “If you spend money on paint and wallpaper - all the polishing - you might keep it like that for 10 years. But if you spend money on the infrastructure, it will be good for 40 years. There’s a whole life in the house that will be there for a long time.”

He compares buying a new property and checking its electrics to buying a new car and its MOT. “It’s the same thing - you wouldn’t buy a car without an MOT. And with a property, there’s a lot more noughts on it.”

Over the years, there are a number of things that Jason has picked up as he’s learned the trade and how to meet clients’ needs. He recommends always getting written quotes to help explain the work involved, and equally, always makes sure he walks with clients around the finished job, to show them what he’s done and how it meets their brief.

He’s also passionate about specialised tradesmen being best equipped to deal with their own areas. “I’m an electrician and after 25 years I’m still learning.” His devotion to the trade ensures a job done right.

Moving with the Times

Jason also encourages clients to plan projects through, and make sure they begin at the beginning - which typically means installing the electrics before you decorate. He remembers one particular case. “I went round for a job and they wanted a light switch moved, easy enough. When I came back to do it, they had nice Laura Ashley wallpaper up and a new carpet laid. When I explained, like I had before, that I’d have to rip through the plaster and everything, they said they’d forgotten - so they left the switch in the wrong place.”

Despite being old school, Jason has kept up with all the trends, noting a massive change in our living rooms in particular. “I remember when we would just put a single dual socket where a TV was expected to go - it was a telly and that was it, a video if you were posh. Now I like to do two double sockets, or even three. And the newest thing is USB sockets.”

It’s proof that no matter how times change, if you get it right in the beginning, you can handle everything.

Advice for other Tradespeople

Jason’s experience in his field means he knows the subject inside out. “I don’t think it’s a good idea to take on too much outside of your field of expertise. I’ve spent years learning the trade and know my work inside out, and do the best possible job for the client. If there are other jobs that need doing as part of the build, they should be left to the experts.”

“I’ve done jobs before where they’ve outlined what they wanted, and I’ve made suggestions like adding in extra light fittings or sockets, which clients have said no to. Then, halfway through the project, they decide they do want them - but don’t want to pay for them.” Jason recommends getting the full scope of the work established at the very beginning, with everything in writing, so you can properly account for any changes along the way.

“At the end of every job, I make sure I walk through the whole project with the client, and talk them through everything that I’ve done and how it meets their brief. It means I can answer any questions they might have and deal with any concerns.” As Jason points out, even a simple practice such as this can help head off issues and save potential headaches down the line.