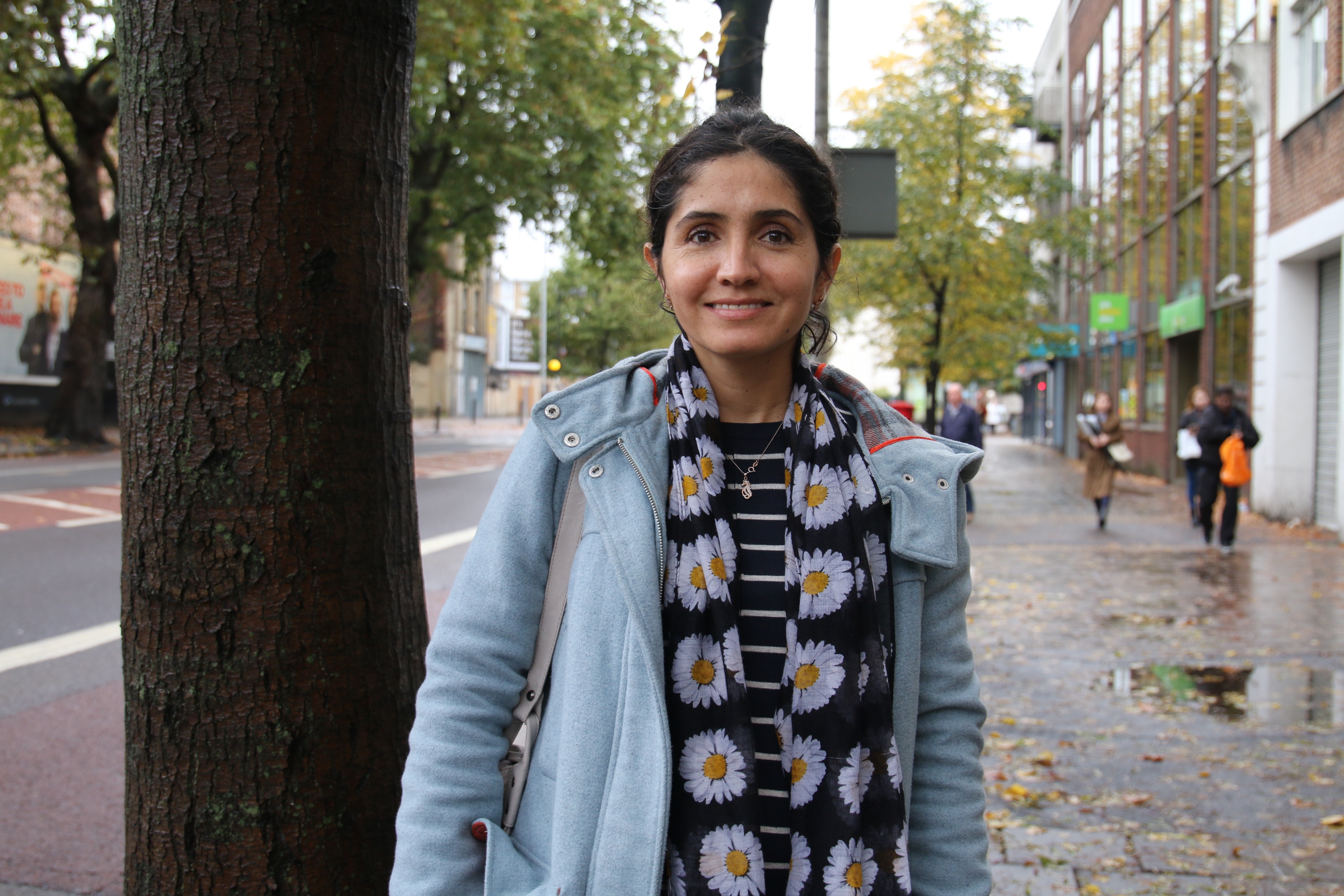 Colombian-born Francia Jarrin-Ceballos came to England for the first time from Ecuador when she was just twenty-six. She wasn’t alone. She had her small daughter with her, figuring that they would stop in London to pay her brother-in-law a visit, en route to a new life in Spain. Lost in a metropolis where most people spoke a language she had little familiarity with, Francia found that she wasn’t as daunted as she would have imagined she would be. And so she rose to the challenge and decided to stay. Almost two decades later, Francia runs her own decorating business, keeping herself busy while her daughter finishes a degree in linguistics at Cambridge. They’ve both come a long way but their road to success was hard won.

Searching for a breakthrough

Francia had always loved painting and figured that she would build a career for herself painting people’s homes. "I didn’t know how easy or difficult it would be, but I loved the idea of it,” she said. “By changing someone’s home, you can change how their day-to-day life feels. You can make their lives brighter by opening up their rooms with a fresh coat of paint. A little bit of paint can make a big difference.” During her early days in London, she would go to the Job Centre daily, hoping for a breakthrough. A friend of hers would go regularly too and found a leaflet there advertising a building skills school that was offering a course for women. She picked one up to give to Francia and that’s where it all began.

The course was just for women, full-time and ran for two years. They taught everything needed to become a full-time working painter. Francia applied right away—and got in. But she was in for a real ride because she had to raise and support her daughter at the same time. So, on the days that she wasn’t studying, she worked at a second-hand bookshop in Elephant and Castle.

Starting out in the trade

Immediately after getting her qualifications, Francia worked for one of her classmates who had started her own business. "I spent two years working with her until she relocated to Surrey,” Francia said. “After that, I moved to another company, one that also employed only women. It was a good atmosphere, plenty of fun.” She would work on big commercial sites too, but those weren’t as much fun. "I prefer working on houses—because you can start a job and see it through to its end fairly quickly,” she shared. "Commercial projects can take months on end and you have no idea as to what’s going on most of the time. You have a personal sense of pride and joy when you work on someone’s house and can see it transformed by your own hands.”

She felt it was easy to get lost in the crowd working on big sites. “Some of the men would treat me with more respect because I’m a woman, but others didn’t care. In any case, women aren’t expected to be working on big sites because the bathrooms there are for men only.”

Eventually, she started her own business, working with her husband who trained as a full-time painter and decorator after being inspired by her. He has some carpentry qualifications as well, and the two try to manage every job they get between them. "I’m reluctant to bring too many people on board, now that I have my own business. We specialise in painting and decorating, we don’t want to try and deliver more than that,” Francia said. "I stick to what I know and that’s that.”

Francia works on residential and commercial projects, even though she prefers working on houses. To her, there’s something very intimate about being trusted with someone’s home. "We’ve worked everywhere from one very small room in South London to an entire mansion in Knightsbridge. It doesn’t matter whether it’s a council flat or a castle, you have to do your best on every job,” she said. "I’m always surprised by how many five-six bedroom houses have empty rooms with just one couple living there. I once did a job on a big manor in the countryside, they had three massive flats—each with ensuite bathrooms, kitchens, everything—and they let me stay in the guest room while I finished the job. The house was huge, owned by a Chilean couple, and there was nobody living in it. They had hired a couple of interior designers, and me to paint. The designers bought new furniture, curtains, wallpaper—and in the end, it all just sat there.” 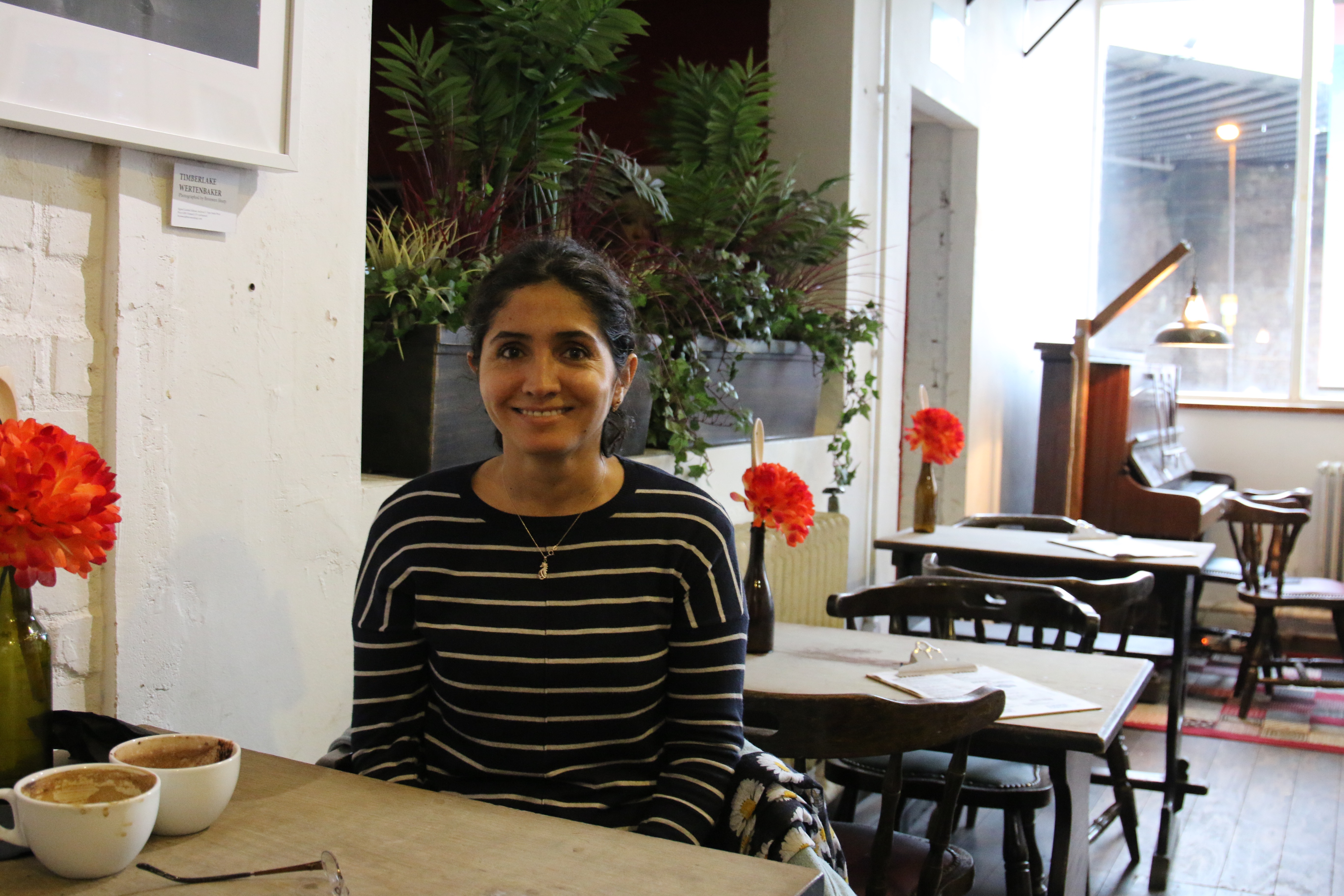 Being a woman in the building industry

"You have to break a lot of barriers to be a woman in the building industry because it’s been dominated by men for so long,” Francia said. "People don’t think you have the strength as a woman, given how physical the trade is—they don’t think you can move furniture or carry heavy material. A big part of the problem is the lack of information, the lack of places where women can study. Often, when you go to a training course and are the only woman you feel a bit uncomfortable.”

It isn’t just the role of the physical builder that Francia has had to embrace and own. Now that she has her own business, she often finds herself taking charge in an administrative capacity. Project management takes a lot of organisational skill—from being sure of what you’re doing, knowing the steps involved and sticking to the plan. It also involves being tuned into what everyone is doing and being aware of the strong points of everyone on your team so that you can delegate tasks and responsibilities accordingly.

Not just a tradeswoman, but an immigrant too!

In the beginning, and still, Francia faces a particular challenge because of her background. “Anybody hiring me knows I’m a woman—but they also know that I’m not English,” she said. "The moment I start speaking, people know that I’m not from here. They worry whether I’ll understand what they want done, or whether I have the right experience."

At the end of the day, she focuses on pleasing her clients, because every time she does a good job, there’s the possibility that someone will recommend her. That’s what happened with one of the first jobs she ever did, in Knightsbridge. She painted one house and then ended up doing six other houses on the same street. "At the end of the day, what speaks is what you do. You can talk all you want, but if your customer can’t see what you promise, then they aren’t going to be happy,” Francia said. "I always say to my customers that in order to complete a new job, any painter needs tools, a willing customer and a little bit of time. Give me those three things and I can do anything.”

Francia’s next goal is to start teaching and training other women. Her advice for women who want to enter the building trade is simple: do not be afraid. "Don’t be afraid that the building industry is one for men, because that’s the past,” she said. "If you want to do it then go ahead because you can absolutely be your own boss. You will get to the point where you have the freedom to choose the jobs you want to do. If you know what to do once you get there, you have nothing to fear."