A report recently published by the National Housing Federation outlined that currently young people are trapped when it comes to buying a house, often living at home with their parents for longer, and not enough is being done to address the housing issues of future generations. In addition, not only is there a shortage of new homes, incomes are not increasing in line with the rising cost of renting and mortgages, and if anything, the situation will get worse unless things significantly change.

An informal poll in the MyBuilder office confirmed the NHF findings. Only three people owned homes and guess what, they were over forty. So what has happened to the noughties generation and why aren’t they buying? 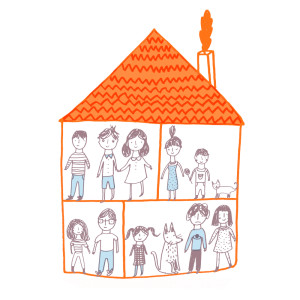 Speaking to one of the three homeowners I discovered a typically pre-noughties story - she bought her first house back in the mid eighties aged about 30. At that time, Thatcher was in power and the great sell-off of council property was underway meaning everyone wanted a foot on that property ladder. Endowment mortgages were rife, though thankfully her partner had the foresight to convert to a repayment before it was too late.

Paying for her first house, a two-bed cottage in the New Forest with a small garden, was a stretch but doable. The cost to buy then was less than £45k in total. Fast-forward to today and after a little research online, I found the same property had been sold recently for over £250k. It was a pretty but modest place but more importantly for my colleague it represented a real chance to invest and recoup – the chance to buy her own home.

Interestingly (and worringly) the report also stated that by 2020, “the price of a first-time buyer’s home will increase by 42%... and rents are expected to be 46% higher than today”.