Last week I met with Russell Tullis, a carpenter from Nuneaton who is our tradesman of the month. Russell has been with the site for over six years and in that time has gained a mountain of feedback so positive that one client went as far as comparing him to Jesus! 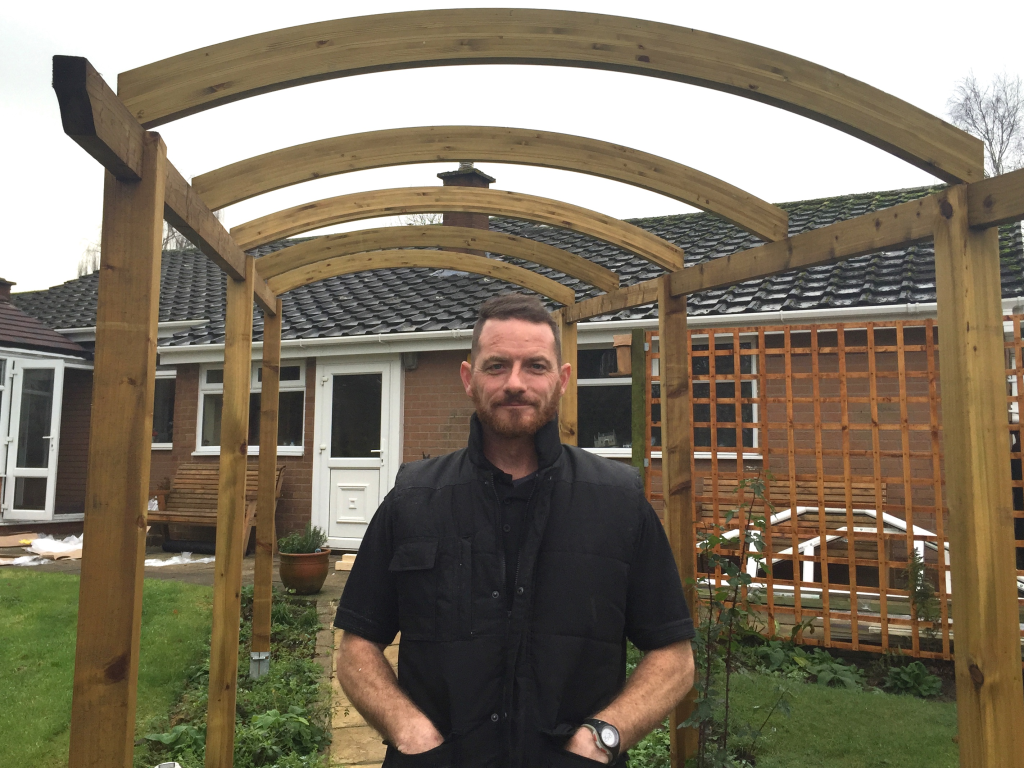 Russell stands with a pergola completed for a client.[/caption]

Meeting our tradesman of the month

Russell began working as a carpenter in an accidental fashion after a neighbour was completing some work on a barn conversion. Back in 2006 he was working in transport but after a chance meeting with the foreman of his neighbours job, he found his calling. Russell went on to join MyBuilder in 2008 and has amassed 88 positive feedback comments from customers he has met on the site, so it was a pleasure to go and check out some of his work in person.

When I arrived, what really excited me about this property was not only the quality of the work, but the versatility that Russell had displayed on the numerous projects he had undertaken for the client. In the six short months after they had moved in Russell had knocked through their kitchen/diner, created a beautiful pergola and was now putting the finishing touches on a new summer house. 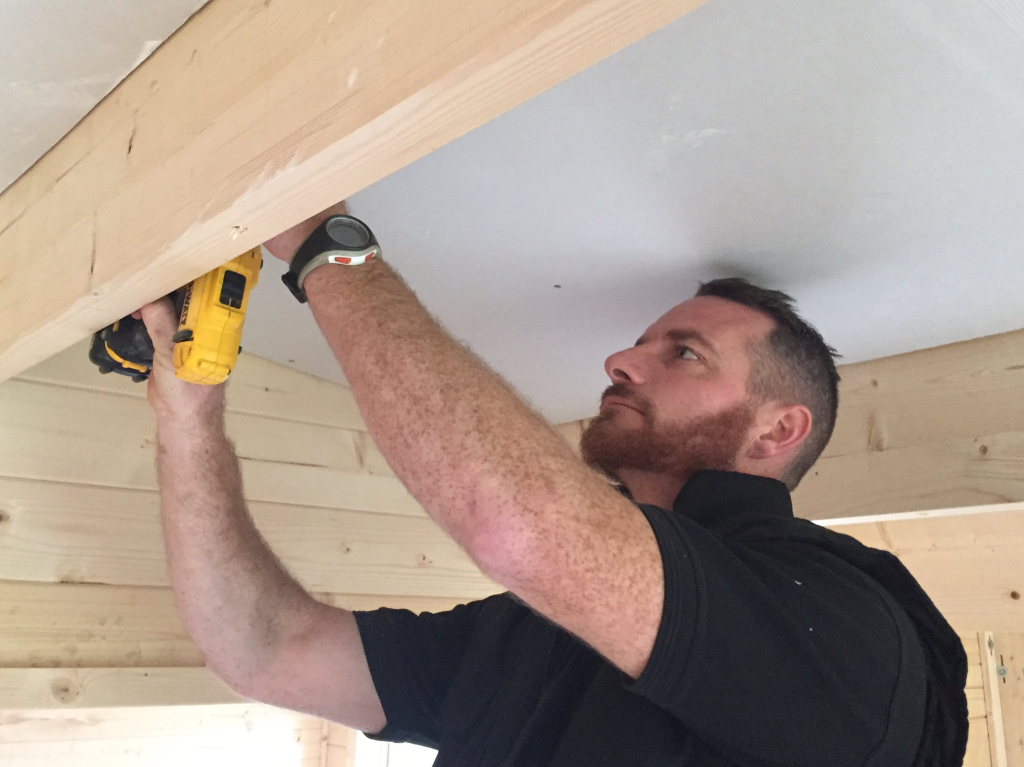 Putting the finishing touches on a summer house.[/caption]

Finding the right tradesman for your job

I asked him his advice on hiring the right tradesman for the job. He explained that he always paid a visit to the client before pricing up the job, this gives both parties a chance to get to know each other and build up some trust from the start. He also thinks it can save time, ‘often clients think they might need ten different people in when just a couple of tradesmen will suffice’.

When it comes to hiring the right tradesman, Russell trusts in online reviews. ‘MyBuilder feedback can only be given by customers who have previously hired a tradesman. Go and read the reviews before making a decision’.

I couldn’t help asking what the homeowner intended to do with the beautiful summer house that overlooked the Warwickshire countryside. He plans to put a 25 foot model railway in there, what a fantastic use of space!

MyBuilder has over 11,000 tradesmen like Russell who are ready to help you with your home improvement project. Visit the site to post your job for free today.