This month we’re celebrating a tradesman who has just hit 150 positive feedback comments after delivering incredible service to clients in both London and Brighton during his five years with MyBuilder.

Glen Younger from Finished Homes started plastering when he left school, working with an experienced plasterer for two years. But his career took a detour when he joined the Evening Standard, working for the London-based newspaper for 8 years. When he was offered voluntary redundancy, Glen took the opportunity to turn a hobby into a career. “I took most of the redundancy money to do a plastering course, that was five years ago”. We found out a bit more about his business...

As with a lot of trades, Glen found it difficult to establish his business at first. “I found it hard at the beginning”, he told us. “You haven’t got as many tools, a small van and I couldn’t pay labourers. I started doing small jobs and gradually built up from there. The feedback from those jobs made it easier to win more work”.

It has been Glen’s dream to move out of London, so after a couple of years he headed down to Brighton. Because of his feedback, Glen was able to adjust his profile to find work, which help as he didn’t need to build up a reputation from scratch. “At first it was it was strange. Brighton is different to London because there wasn’t as much work when I first moved. I would still drive to London because all my clients were there, but eventually I got enough work in Brighton from the site that I don’t need to do that anymore”.

After building his reputation through plastering, Glen was able to expand his business to incorporate bigger jobs. As a result, he changed his name from Finished Walls to Finished Homes. “Most of the jobs I do now is refurbs, so it’s normally strip, plaster, paint, flooring and skirting. Then I’ve got two or three guys for electrical and plumbing”.

Everybody has parts a job they don’t like, and it comes as no surprise that Artex is top of Glen’s hitlist. “It’s my enemy, the Artex. Even when I walk into a mates house, the first thing I do is tell them to get rid of it!”. Glen also explained the challenges with plastering hallways, “when you’ve got a massive hallway and stairs it can be tricky. You’ve got two or three ladders going up to the top, scaffold board across the top and then someone has to feed you plaster - it’s tricky!” 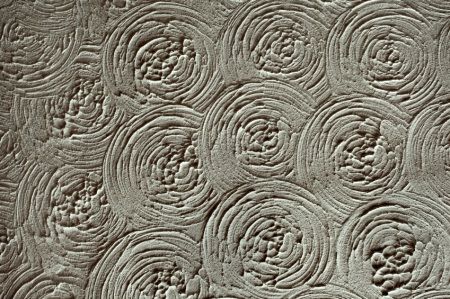 Glen finds that different things make him happy now. “The favourite part of my job now isn’t even the plastering! Because I’m doing full renovations, I find that doing other things make me happy, because I still think of plastering as graft”. But what really satisfies Glen is the end result. “It’s a great feeling to walk around with the client at the end of the job and they are completely happy, when they say ‘That’s perfect!’”

“I found out about MyBuilder through I plumber I knew”, says Glen. “I joined along with a number of other trade sites. But after a while I decided to just stick with MyBuilder”. He is a big fan of using online services to market your business, “people trust these sites now more that putting an advert into your local paper”.

Glen also uses MyBuilder as a showcase for clients, even if they haven’t found him through the site. “I use it as my website now, if anyone gets in touch I make sure to send them to my profile to check out my feedback”

Advice for Other Tradespeople