When choosing the right plumber, there are some key issues you need to think about. In this article, we’ll take you through them step by step.

Choose someone who gets the basics right

Joseph Jennings of Heat Plex is a Gas Safe registered heating engineer and plumber, who has a fantastic feedback rating on MyBuilder. As he explains, you should always choose a tradesperson who is transparent and reliable from day one:

I always focus on being punctual, and I think it’s really important to give the homeowner some sort of clarity early on, about what day and time you can do the job.

It’s also really important you choose a tradesperson who makes you feel comfortable in your own home. Trust your instincts with that one - try to choose someone who, if necessary, you’d feel happy about leaving to work in your home on their own.

We can help you meet professional plumbers near you to get real quotes today.

If your job involves gas, check whether the tradesperson is Gas Safe-registered

If the job you need doing involves gas in any way, the plumber you hire must be Gas Safe-registered. This is a legal requirement: The Gas Safe Register replaced the CORGI scheme in 2009, and is the UK’s official gas registration body.

You can check whether a tradesperson is on the Gas Safe register here.

There are certainly good plumbers who are not Gas Safe-registered: They may have chosen, for example, to only take on jobs that do not involve gas at all. But if even the smallest element of your job does involve gas, they should be happy to show you their registration documentation.

If you’re working with gas - qualifications are key. They’re absolutely vital, because you learn a lot by taking the Gas Safe courses every five years.

I’ve got to do mine again in April, and I’m quite looking forward to learning the new stuff - refreshing my memory on all the new regulations and so on… there’s always something new to learn.

Choose someone with lots of specific experience

If a tradesperson has a City & Guilds qualification in Plumbing and Domestic Heating, or a relevant NVQ qualification, it’s certainly a good indication that they take their job seriously.

However, because plumbing projects so often involve unexpected problem-solving and learning ‘on the job’, several years of experience can be at least as valid.

And if it’s a big project, it’s definitely worth asking whether you can view a similar, previous job the tradesperson has done, and chat to that customer about how they felt it went.

Ask each tradesperson about the method they plan to use

Ask each tradesperson you’re considering exactly how they intend to do your job. As Joseph explains, this should help you work out which plumber has a proper plan in place:

I would always encourage homeowners to ask questions about how a tradesperson plans to do a job. That way, they can find out whether that tradesperson has really thought everything through.

This means they are likely to have a more positive experience when the job starts - as opposed to hiring someone who’s just said ‘yes, I can do this’ without really thinking!

Get a detailed quote from each tradesperson you’re considering

Particularly if it’s a large plumbing job, try to get at least three different plumbers to visit your property and quote on the work. Quotes over the phone are, by their nature, often based on a series of assumptions - so you should treat them as estimates rather than exact figures.

I usually go round before I quote - because most of the time what the customer posts as the job doesn’t reflect the job that needs doing completely accurately. Obviously they’re not technical - so they’ll just say stuff like they don’t have any heating. And that could be something really simple that you can fix in two minutes without charging them - or it could be a really big job.

So I would always recommend you choose someone who is willing to go out for free to assess the situation properly - rather than someone who says that will be a £60 or £70 charge no matter what.

A good plumber will clearly explain and break down all the possible costs, in writing. For example, how will you be charged - per hour, or a flat rate for the job? And in addition to labour and materials, will you be charged extra for travel, parking charges, VAT and the disposal of any waste? Be wary of anyone who doesn’t outline all the various costs upfront.

If it’s a big job, some plumbers will ask for an instalment payment before work starts. This isn’t necessarily a problem, but you shouldn’t have to pay more than 25% upfront. Certainly never pay the full amount until the job is completed and you have inspected (and tested) the work.

Scrutinise any guarantee they offer you

Many tradespeople will highlight the fact that they offer job guarantees. This certainly sounds reassuring - particularly if it’s for a large and costly project, like the installation of a new boiler. But it’s worth digging a little deeper to uncover what that guarantee actually involves. For example, how will that guarantee work if the tradesperson goes out of business?

In theory at least, an ‘insurance-backed’ guarantee means the work is still covered in this instance. And if the plumber you choose is a member of the Association of Plumbing and Heating Contractors (APHC), another member plumber will be contracted to complete the job if they do go out of business mid-way through the project.

If a job involves the purchase of fixtures and fittings, you might be tempted to buy these yourself: Many homeowners go down this route because they see products in high street shops and then think they can buy similar items more cheaply online.

Plumber Mark Geraghty - of MG Plumbing & Heating - has been a MyBuilder member since 2009, and has positive feedback from almost 350 customers. He explains why this approach can cause problems:

People tend to go into DIY stores, see taps that are, for example, £90, and then go and buy something similar off the internet. And of course on there the tap is often half the price - £40 or £50 cheaper.

However, a lot of that stuff is just crap quality, which is problematic for plumbers. Particularly when it comes to working fittings - taps and valves and things like that - the quality is pretty important.

For example, someone bought a load of valves off the internet, and I fitted them on to eight or nine radiators. Once I’d fitted them all, I filled the system as you would do normally, and every single one leaked, because the sizing wasn’t correct - it was just out by a fraction of a millimetre.

That day I was there until nine at night, because they all had to be removed, and I had to refit each one using a sealant tape to pack it out, which is not how they should have been fitted.

That’s why it’s important, if customers are sourcing their own fittings, to get stuff that’s WRAS-approved - Water Regulations Authority Standard. All WRAS-approved stuff is stamped, so it’s easy to see what’s what.

This story highlights just how important it is to have a clear discussion about materials right at the beginning of the process.

A good plumber will be able to explain the pros and cons of buying from different sources, and should help you avoid any ‘false economies’.

Gas safety in your home 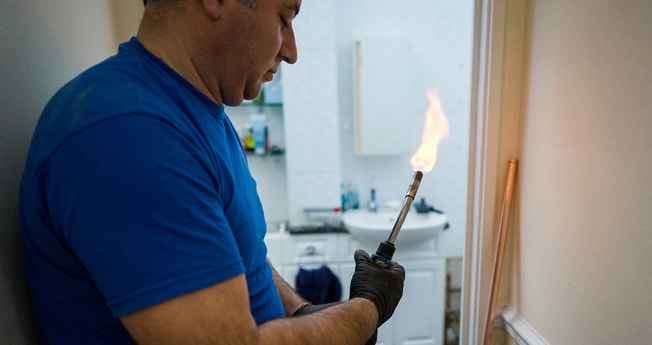 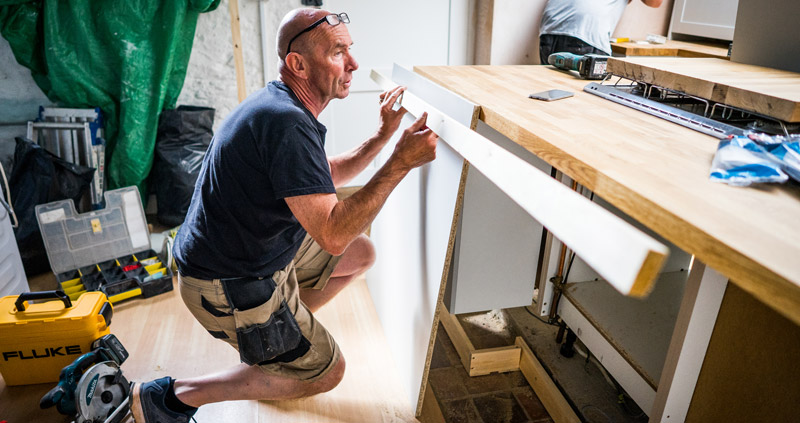